RNC Day 3: The Battle of the Suburbs

The third night of the Republican National Convention was directed squarely at the suburban woman voter. This revealed both the Republican strategy for winning the upcoming election and the bankruptcy of identity politics. 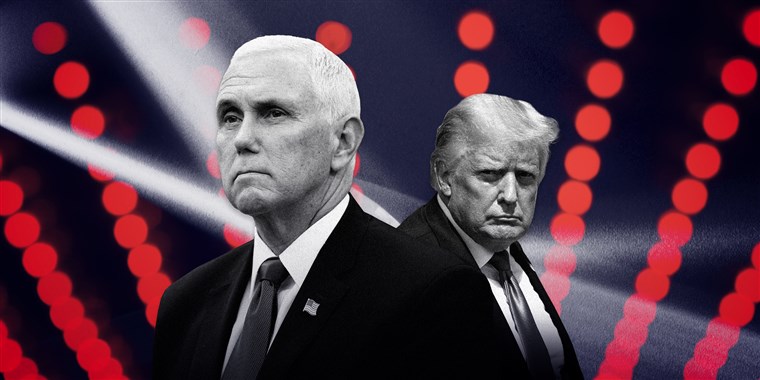 The 2020 presidential election is shaping up to be the battle of the suburbs. Much of the Democratic National Convention (DNC) last week was based around appealing to middle-class suburban white voters. The DNC, however, pales in comparison to the Republican National Convention (RNC), where every night seems laser-focused on appealing to the white suburban voter. Each day’s speeches have taken up a slightly different tactic of appealing to that sector. The first night, it was red-baiting, playing up the fears of socialism to drive these moderate middle-class voters into the arms of Trump’s reelection campaign. The second night, it was Christianity, where speaker after speaker claimed that Trump was “the most pro-life president in history.” The third night set its sights on appealing to women’s issues.

At times, the amount of pandering was almost laughable. Trump’s daughter-in-law breathlessly narrated a video about women’s suffrage, and many of the speakers also spoke at length about the women’s suffrage movement. How, exactly, the women’s suffrage movement is relevant to Trump’s re-election was never explained. In another equally obvious piece of pandering, White House Press Secretary Kayleigh McEnany gave a speech about her experience as a mother and her double mastectomy. The rhetorical messaging was clear: Donald Trump is a president who women — but specifically white, middle-class, suburban women — can relate to.

This strategy goes hand in hand with the second night’s focus on abortion, which continued to a slightly lesser degree on the third night. Fifty one percent of women identify as pro-life, and the at times graphic denunciations of abortion were aimed at these women, as was the religious rhetoric. The Trump campaign is focusing their appeals on white women, the majority of whom  have voted for every Republican since 2004.

This is the same reason that so many speakers at the RNC have referenced Biden’s history of racist politics and rhetoric. They are trying to say to the suburban voter both “we, and by extension you, are not racist” as well “these rioters on the streets have gone too far and we need law and order to put them down.” This tactic is also in part targeted towards a sector of the Black community that is considering breaking with the Democrats due to their long-standing hypocrisy in claiming to support minority communities but then passing policies that harm them, as well as due to the Democrats’ terrible response to the protests.

The appeal to white, middle-class, suburban voters was summed up perfectly by Vice President Mike Pence’s final speech of the night, in which he said, “you will not be safe in Joe Biden’s America.” This message is the clear sequel to speakers on the first night of the RNC. who said that Joe Biden and the Democrats want to “abolish the suburbs.” “Elect Joe Biden,” the Republicans are saying, “and these radical Marxists who are burning down police stations will take over and bring about authoritarian communism.” While this is of course ridiculous, the strategy is interesting because it is a type of fear mongering targeted directly to a specific sector. The Republicans are hoping to shore up a part of Trump’s base that they fear might jump ship to Biden following Trump’s poor handling of the coronavirus, erratic public statements, and various scandals.

Even speeches that didn’t appear to be directed towards suburban women — such as the speech from former Acting Director of National Intelligence Richard A. Grenell — featured sections subtly geared towards that sector. For example, Grenell’s speech highlighted Trump’s opposition to the Iraq War and general policy of isolationism. Suburban voters changed their allegiance from Bush in 2004 to Obama in 2008 in part due to voters opposing the Iraq War and seeing Obama as the anti-war candidate.

Part of this appeal to suburban white women took the form of speeches from high-ranking Republican women. Everyone from U.S. Senators, to Trump family members, to White House staffers came out to endorse Trump’s relationship with women, either explicitly or implicitly. In the words of Lara Trump:

It didn’t surprise me when President Donald Trump appointed so many women to senior level positions in his administration. Secretary of the United Nations, Secretary of the Air Force, the first female CIA director, the first Black female director of the Fish and Wildlife Service, and countless ambassadors just to name a few. Under President Trump’s leadership, women’s unemployment hit the lowest level since World War II. 4.3 million new jobs have been created for women. In 2019 alone, women took over 70% of all new jobs.

The argument here is that you can tell that Trump is a pro-woman candidate because of how many women he appointed to senior level positions in his administration. What this speaks to is the political bankruptcy of identity politics. Many — including Democratic Vice Presidential nominee Kamala Harris — argue that having women and people of color in leadership positions is inherently beneficial to marginalized communities. What this point of view ignores, however, is that being a member of an oppressed community does not automatically endow you with good politics. What better example of this is needed than the countless right-wing women who came out at the RNC to talk about how Trump had given them leadership roles inside the Trump administration? But the fact that Kellyanne Conway was the first woman to manage a successful presidential campaign does not advance the cause of women’s liberation in any real way. Nor does the fact that Betsy DeVos is Secretary of Education or that Ben Carson is the Secretary of Housing and Urban Development mean that either of them is more inclined to look out for the interests of women or Black people. Gina Haspel, the first female CIA director who Lara Trump pointed to, was certainly no friend to women when she used her position to oppress women in imperialized countries  And yet, we find both the Democrats and Republicans employing this logic.

This is the great danger of identity politics: it erases both politics and class. Political perspectives toward special oppression under capitalism and class interests are considered less important than having membership with an oppressed group. This erasure allows bourgeoise and right-wing forces to then weaponize identity politics to support figures who are actively opposed to the interests of working class people of color, women, and queer people. Take, for example, Kamala Harris. Harris is able to use her identity as a Black woman to shield herself from criticism and draw support for the historic nature of her nomination at the same time she has advanced politics that have imprisoned and oppressed countless people of color. Think of Obama, who made headlines as the first Black president and then deported more immigrants than any other president, waged an endless war on the Middle East, and sent the National Guard to Ferguson to put down the Black Lives Matter protests.

That Trump, who has been accused by multiple women of sexual abuse and has done nothing during his tenure as president other than continue attacks on working-class women, is trying to brand himself as the candidate of women is laughable. While it is true that he has appointed some women to positions in his administration, they have all been there to serve his politics of oppression and exploitation. Kellyanne Conway is not a feminist figure simply because she was the first woman to run a presidential campaign — the campaign she ran and the candidate she elected are devoutly anti-feminist. The Trump administration offers nothing for working women other than more misogyny, harassment, and exploitation.

True liberation for oppressed groups doesn’t come from figurehead politicians who will continue imperialism and capitalism with a different face, but rather, it comes through socialist revolution. Liberation under capitalism is impossible because capitalism is based around exploitation. Given this, it matters very little who is doing the exploitation. The working class needs to provide its own solutions and reject the empty rhetoric of both the Democrats and the Republicans.