The latest big story from Britain’s reliably right-wing press goes something like this: Jeremy Corbyn, the lefty leader of the Labour Party, passed information to a Czechoslovakian spy during the Cold War. 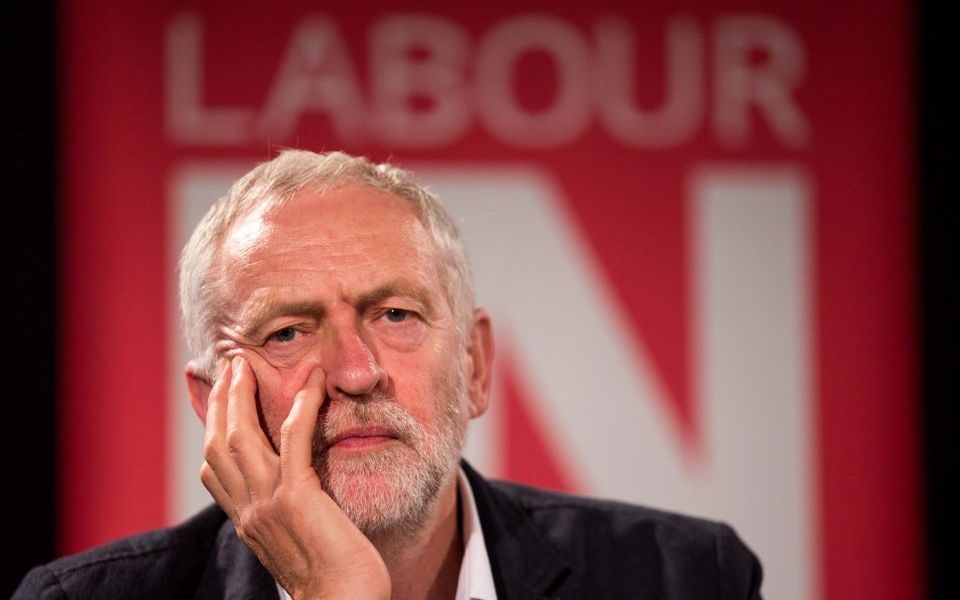 This would be a groundbreaking revelation, if only there was any actual evidence to back it up. Files from the intelligence agency of Communist Czechoslovakia give no evidence whatsoever that Corbyn “was ever a spy or agent of influence.” Corbyn himself has decried the allegations as “increasingly wild and entirely false.” The director of the Czech security service archive, Světlana Ptáčníková, has unequivocally stated, “Mr Corbyn was not a secret collaborator working for the Czechoslovak intelligence service.” In other words, there is absolutely no evidence to suggest this “story” is anything more than fictitious smears.

The claims were blasted to the British public on February 15 by the decisively anti-Corbyn Sun newspaper, and since then, the Daily Mail, the Telegraph and the Times have all joined in the fun, ensuring that this non-story is kept in the public consciousness for as long as possible.

This episode has brought to light not the Communist ties of the leader of Her Majesty’s Official Opposition but the utter desperation of the right-wing press in the UK – controlled by enormously wealthy media barons with a definite vested interest in the continuation of neoliberalism. The social democrat Corbyn may be far from being a communist, but he and his power base of young, vocal, disillusioned Brits still represent a threat to the domination of these tax-dodging moguls. As Corbyn has stated, “At the moment, much of our press … is controlled by billionaire tax exiles … Well, we’ve got news for them: change is coming.”

The truth is that the neoliberal establishment has entirely run out of arguments. It loses credibility by the day as the UK sinks slowly into crisis, and it is seriously losing hope even in its own ability to hold its own as a coherent political force. Attempts to argue for the necessity of heartless austerity may have worked several years ago, but as the true cost of such cut-throat policies is surfacing, the public is seriously losing faith in them. The Labour Party has seen surging growth and popularity following its leftward shift under Corbyn, and for the first time in what feels like decades, there is a genuine possibility of an even vaguely left-wing government in the House of Commons. The dictatorship of the wealthy elite, in politics and media in particular, appears at least slightly less secure than it perhaps once was. So of course the elites are running scared.

When a political force is confident that it has a coherent, convincing and sound message, it will try to spread that message to voters. It is only when that force loses faith even in its own ability to get a reasonable political argument across that it resorts to such shameless, desperate and pathetic smearing as the Corbyn and the Commie Spy”” episode, dredging up old Red Scare-style fears and suspicions. It appears that the media establishment has taken Margaret Thatcher’s famous quote, “It they attack you personally, it means they have not a single political argument left” and used it as advice for this very situation.

Britain’s rabidly right-wing press have gone after Corbyn personally for so long, fabricating ever-more-ridiculous stories (does anyone remember the earth-shattering “Corbyn Uses Diesel Car” scandal of earlier this month?) that Googling his name to find the latest “revelation” has become a reliable source of hilarity for bored internet users. Journalists are so used to blaming Corbyn for all sorts of mischief that there seems to be genuine surprise in some of the media world that they that they can’t just get away with printing anything and have crossed a line in accusing him of being a national traitor and collaborator with hostile forces. This time, Corbyn sought the advice of a legal team in order to hold Ben Bradley, a Conservative MP who tweeted that Corbyn had passed state secrets to a Czechoslovakian spy, to account. The result? Bradley was forced to tweet an official apology for his “seriously defamatory statement” and to pay a substantial sum to a charity of Corbyn’s choice.

The gratifying overall result of this story is that the Labour Party has actually moved ahead in the polls – 42 percent compared to the Conservatives’ 40 percent. It’s almost as if having the shameless, no-holds-barred, greedy, desperate dishonesty of the right-wing press on naked display actually puts people off the establishment.
This whole sorry episode proves just how desperate the British elite has become. They’re running scared – not of one man, because they know that one man alone is no threat to them, but of the mass action of the British working people, which is now frequently channelled through support for Corbyn and the grassroots faction Momentum. All shades of the British left should take it as an enormously satisfying moral victory that the right-wing media establishment has been pushed to such a defensive back foot that they’re forced to retaliate by printing such unadulterated shameless nonsense.