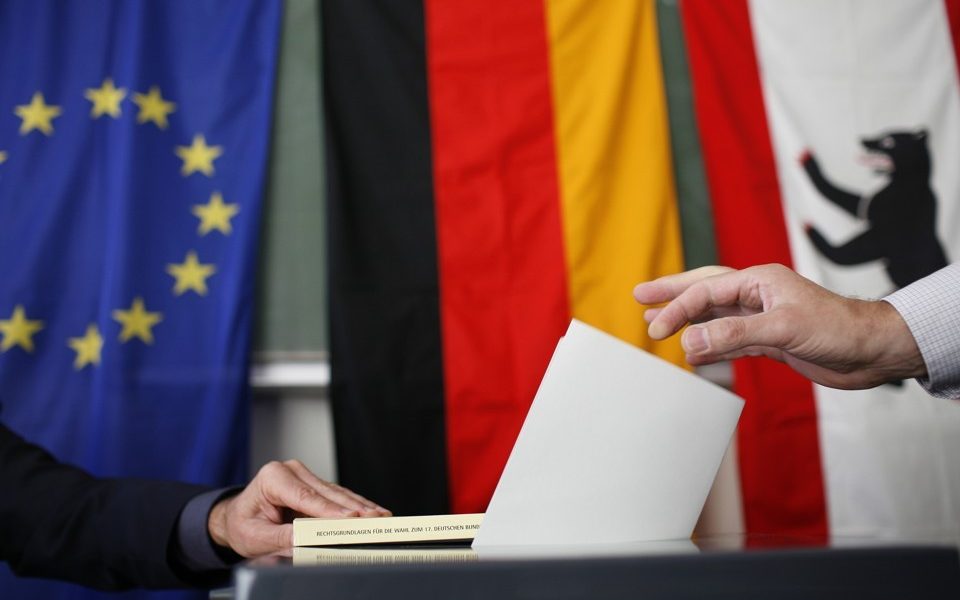 Image From The Atlantic

Barring a last-minute catastrophe, Angela Merkel will win a fourth term as German chancellor. The only question is who will join her in the next government: Will it be the Social Democrats, in a continuation of the “Grand Coalition”? Will Merkel’s CDU win a majority together with the hyperliberal FDP? Or will the Greens and the FDP join hands with Merkel for a so-called “Jamaica coalition,” named after the black, green, and yellow colors of the three parties?

Merkel likes to say that people in Germany are more prosperous than ever before. But that description only applies to the capitalists and sections of the middle classes. The New York Times published a story that every bourgeois newspaper in Germany has studiously avoided covering:

The article acknowledges that: “German poverty may sound like an oxymoron. But the disparity between the rich and poor has widened during Ms. Merkel’s 12 years in power, leaving nearly 16 percent of the population at risk of poverty, according to government figures.”

It’s true that the “economic miracle” the country has experienced in the last decade is based on Germany’s newly-conquered hegemony in the European Union. German workers, however, are also forced to accept low wages, part-time and temporary contracts, and precarious conditions.

The SPD’s candidate Martin Schulz experienced a boost in popularity – up to 30% in polls at the beginning of the year – when he addressed the poverty suffered by so many workers and retirees. But it was the Social Democrats themselves, under previous chancellor Gerhard Schröder, who introduced the brutal labour market reforms in 2004 that plunged millions of workers into poverty. Schulz and the SPD cannot believably distance themselves from that legacy, let alone promise to change it. So the “Schulz train” later derailed, and he is currently set to have the worst election results the party has ever received.

The right wing, xenophobic Alternative for Germany (AfD) is set to enter the parliament for the first time with around 10% of the vote. This is the first time in the history of the (West) German regime that a party with countless (more-or-less open) fascists will enter the parliament. The AfD has no chance of entering the next government, but they have dominated the entire election campaign and have pulled all major parties to the right. As Schulz and Merkel met for their only TV debate, there was no mention of the shortage of nurses or exploding inequality; instead, the discussion was about “security” and how to deport more supposedly “criminal foreigners”.

The Left Party (Die LINKE) has countered the SPD’s false promises about “justice” with the slogan that they are “credibly for justice”. But are they more credible? The Left Party is currently in coalition governments in three of Germany’s 16 provinces. In Berlin, and they are responsible for outsourcing and maintaining low wages in public hospitals. In Brandenburg, they support environmental devastation in the form of strip mining lignite coal. In Thüringen, they have agreed to the privatization of the federal freeways. There are other examples all over Germany. These two leading candidates are about as awful as they could be: Dietmar Bartsch has voted in favor of German military interventions while Sahra Wagenknecht employs right-wing rhetoric against refugees.

It’s clear that the CDU will win the elections and the SPD will come in at a distant second. But which of the next four parties – FDP, Greens, Left, or AfD – will take third place and thus become the main opposition party in the likely case of a renewed “Grand Coalition”? This is totally open. A huge “popular front” made up of every other party in the parliament is calling on people to vote to stop the AfD from winning third place. This shows just how little enthusiasm the established parties can generate: They can only motivate people to vote for a candidate by presenting them with someone even worse.

Many, if not most, people with revolutionary socialist ideas in Germany are calling for a vote for Die LINKE, hoping to transform a deeply bureaucratic reformist party into something radically different, or at least to stop the AfD. But this actually has the opposite effect. When a party ambitiously calling itself “The LEFT” participates in capitalist government and carries out the same racist, neoliberal policies as all the other parties, this helps the AfD in their demagogic claims to be “the only alternative” and “the only opposition”.

We from the Revolutionary Internationalist Organization (RIO), publishers of the website Klasse Gegen Klasse, a sister site of Left Voice, are calling on workers and youth to “spoil” their ballots. To stop the shift to the right in Germany, we can’t rely on bourgeois and reformist parties. We need to look to our class siblings in France who are fighting against labour market reforms (based on what has been referred to as the “German model”) with mass strikes. We need to build up our own political party, independent of the bourgeoisie and their state, to fight for our interests.

That’s why we call on people to write on their ballots:

“Against the shift to the right and precarization: Fight like they do in France!”