As the United States was shaken by protests against racist police violence this year, many people came to understand the true nature of the cops' so-called “unions”: they defend murderers. Yet some socialists still think police should be unionized. We present here a debate with the LIT-CI.
Share on facebook
Share on twitter
Share on email

On October 29, 4,000 heavily armed police descended on the town of Guernica in Argentina, about an hour south of Buenos Aires. For three months, about 1,400 families had occupied a 250-acre plot of land and set up emergency housing. The police of the province of Buenos Aires — known as La Bonaerense — used rubber bullets, tear gas, and extreme violence to throw people out of their homes.

Six weeks earlier, officers of La Bonaerense had organized protests across the province and the country. The government quickly offered concessions: increased salaries and even two hospitals just for cops. With that, the police ceased their extortion and returned to their work of repressing working-class and poor people — now with better conditions and higher job satisfaction.

The socialist Left in Argentina, naturally, opposed this police riot. Class-conscious workers, such as the union of healthcare workers in the Buenos Aires province, called for “money for healthcare, not for police.” No serious partisan of the working class can want our oppressors to have better weapons, more impunity, or higher salaries.

And yet, there are a few socialist voices who support cops. Socialist Alternative in the United States, for example, has always considered cops to be workers. In the face of the historic uprisings against the police this summer, the organization made a half-hearted turn, calling for the expulsion of cop “unions” from the labor movement — while placing hopes in progressive police officers who do not seem to exist anywhere outside of SAlt publications. This is also the longstanding position of International Socialist Alternative and the different political organizations that trace their legacy back to Ted Grant.

Something similar happened in Argentina. The International Workers League — Fourth International (LIT-CI in Spanish) and its Argentine section, the United Socialist Workers Party (PSTU1Or PSTU-A to differentiate it from the LIT-CI’s Brazilian section, which is also called the PSTU.), came out in support of the police riots. This small group pointed out that police officers “have trouble making ends meet and suffer hardship with their families.” The larger groups of the revolutionary socialist Left, led by the Party of Socialist Workers (PTS), defended the traditional socialist demand for the “dissolution of the police.”2We have written a number of polemics with the LIT-CI over the years. Here we are focussing on this one specific question. A more general overview can be found in our Reading List on the Trotskyist Fraction. But the PSTU called this a “pacifist policy, adapted to the regime.” They said the Left should support the police demands for higher wages — while rejecting their demands for greater impunity.

Specifically, the LIT-CI has for many years called for the formation of police unions in Argentina, even though they are prohibited. The LIT-CI has also supported police “strikes” and “unionization” in Brazil, Colombia, and other countries. Police all over the world are just as tied to racist violence as in the United States. Police in Brazil, for example, whom the LIT-CI wants to draw into the workers’ movement, were responsible for the murder of Marielle Franco.

Their logic is that such “strikes” and “unions” can lead to police officers breaking with their commanders and “uniting with the working-class and poor sectors.” Paradoxically, and in contrast to Socialist Alternative, the LIT-CI very correctly states the Marxist position that “police are not workers.” But then it becomes even harder to understand why they would want these non-worker cops to join the workers’ movement!

Their hypothesis is that such cop unions would lead to fractures in the police, splitting the capitalists’ repressive forces. The problem is that they seem to give no thought to the actual role of cop “unions” anywhere they actually exist: they protect the armed thugs of the bourgeoisie. Studies in the United States have shown that unionized police are more likely to receive complaints of excessive force, but also more likely to have those complaints dismissed.

The LIT-CI has noticed that, as the uprising has forced socialists with pro-cop positions to reconsider, they are increasingly isolated. In Argentina, the Socialist Workers Movement (MST) and the Socialist Left (IS), both part of the Workers Left Front — Unity (FIT-U), had historically also called for the unionization of police. But they appear to have gotten closer to the Marxist positions that the PTS has always defended.

Just a few years ago, the MST called for “unionization now!” for cops. Now, as Alejandro Bodart, the main leader of the MST, explained in an interview about the results of the Latin American U.S. Conference of the FIT-U, his organization has abandoned this slogan:

We believe that [police] unionization is a slogan that has to be [within the theoretical baggage], but, for example, today in reality, that slogan is not adequate anywhere. For example, we are against raising unionization in the US, where what we have to do is take advantage of the mobilization to see if we will sweep away that racist police, we are also against raising unionization here, in Argentina. But we are aware that we have to have politics towards the repressive forces, we are against ultra-leftism, and this is a debate from Lenin’s time to the present, with those who refuse to have politics towards the armed forces and the repressive forces.3We have slightly modified the translation based on the original Spanish.

In a sense, this is a very progressive step. The MST has abandoned their longstanding policy of calling for cop unions — they once criticized the FIT for not raising that demand, but now they have adopted the FIT’s position. (Last year the MST joined with the FIT to form the FIT-U.) Now they no longer raise that demand in Argentina, the United States, or anywhere else, apparently. Yet it is to remain in the “theoretical baggage” — what does this mean? Bodart proposes to not use such a slogan now, but rather “when the revolutionary mobilization advances to such a degree that there is a revolution.” Now we can ask: Is there any reason to believe that police “unions,” which play such a thoroughly reactionary role today, will become progressive forces as a revolutionary crisis sharpens? All evidence from the uprisings in the United States shows that the opposite happens, and these “unions” become even more reactionary.

The LIT-CI and the MST agree in putting an equals sign between the police and the army. They argue that not calling for police unions is equivalent to having no policies at all toward the armed forces of the bourgeois state. But as the entire history of the working-class movement shows, there are fundamental differences between police and soldiers — especially conscripted soldiers. The MST and the LIT-CI make no reference at all to this distinction.

Trotsky, in his History of the Russian Revolution, makes this point clear:

This fundamental distinction between police and soldiers has been confirmed by every revolutionary experience in the history of capitalism. In 2011 in Egypt, for example, young soldiers began to fraternize with protestors and became useless as a repressive force — the police, in contrast, fought to defend the dictatorship until they were forced to abandon their uniforms and go into hiding. We even saw initial signs of this in the United States in 2020: while police remained extremely loyal to the racist regime, soldiers from the National Guard were quickly seen as unreliable, unwilling to be agents of repression against friends and neighbors.

As a revolutionary situation develops, the non-professional parts of the armed forces — such as conscripts or volunteers — inevitably begin to split. The formation of soldiers’ councils and similar bodies of self-organization can draw rank-and-file soldiers to the side of the revolution. This was decisive in the victorious socialist revolution in 1917 in Russia. The reason that police never join revolutions, as Marxists have always analyzed, is an expression of their material position as a privileged and professional force for repression divided from the working population.

The sympathizing section of the LIT-CI in the United States, Workers Voice, certainly hates cops and their “unions” as much as all other socialists in the United States. We were not able to find anything on their website about cop “unions” specifically, except a statement by the Revolutionary Socialist Network (RSN) that correctly states: “police out of the labor movement!” and “We do NOT support police winning better wages or working conditions.” But how can socialists demand better working conditions for police in one country and not in another? Argentinian police are no less murderous than in the United States — the Argentinian police institutions played a central role in the last military dictatorship. The LIT-CI’s position seems incoherent: do they want police to form unions and join the workers’ movement so they can kick them out again?

One could argue that the police and their “unions” are of a fundamentally different character in the imperialist USA and dependent Argentina. Except: as far as we are aware, there is no example in the history of capitalism, in any country, in which police unions have played a progressive role4Perhaps there were certain tendencies in 1918-19 in Britain for police to align with the workers’ movement, but these potential links were quickly broken by the government..

Since Marxism is, in the words of V.I. Lenin, the “summing up of experience, illuminated by a profound philosophical conception of the world and a rich knowledge of history,” the Marxist position on the police is based on the revolutionary experience of the working class. The LIT-CI is calling on workers to support their oppressors’ demands for better working conditions — this appears to be based on a completely ahistorical, idealistic theory that police unions might somehow spontaneously, transform into their opposite. We hope that comrades from the LIT-CI, as well as Socialist Alternative and other organizations still placing hopes in police “unions,” will reconsider this mistaken view and fight, alongside with the rest of the socialist Left, to expel cops from the workers’ movement, rather than trying to draw them in.

All over the world the police have proven themselves to be violent, bigoted agents of capital. They are strikebreakers. They evict workers from their homes. Police are not workers, and socialists who defend them are on the wrong side of the class line. We are internationalists and fight the police worldwide because the police are our class enemies worldwide. 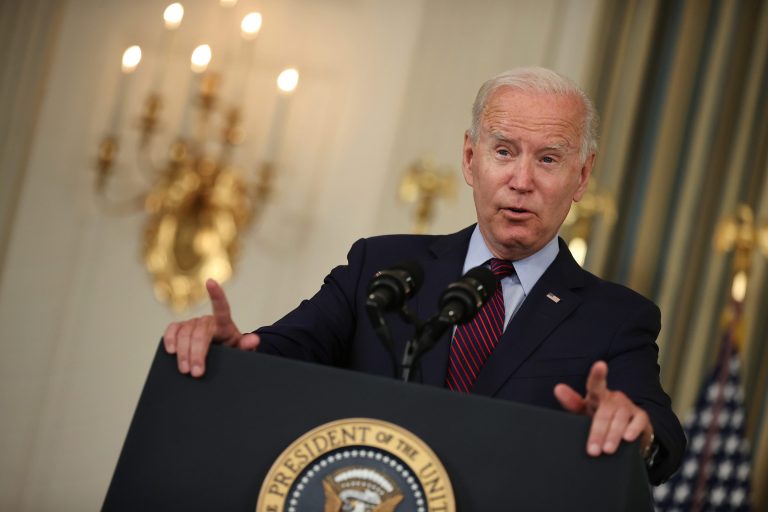 Stopgaps Won’t Stop the Crisis — the Capitalists Must Pay 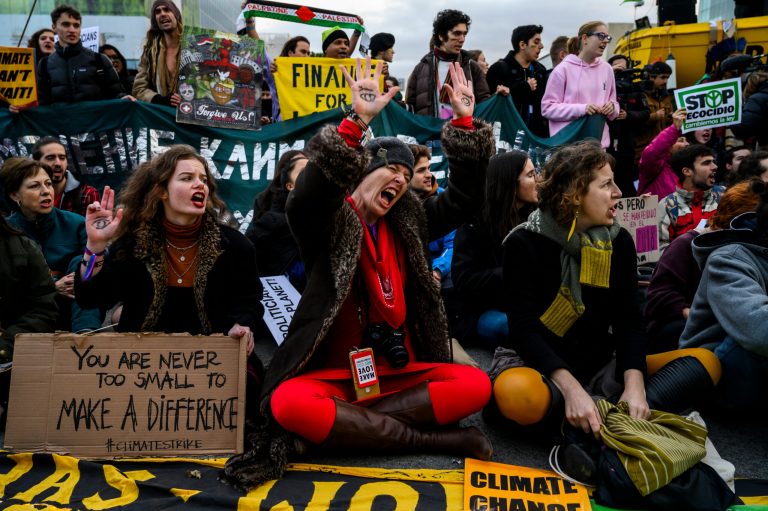 Climate Summits Won’t Save Us: We Need to Protest COP26 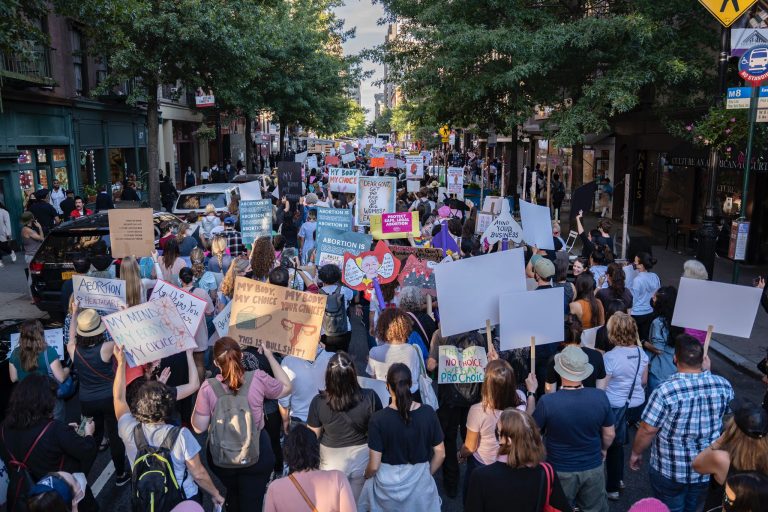 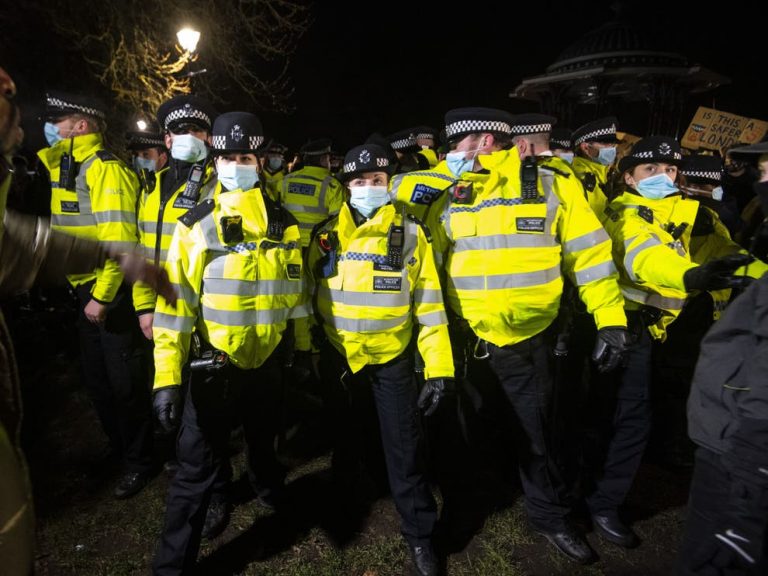