The Bureau of Labor Statistics latest reports show that the U.S. unemployment rate has reached 14.7 percent. Now is the time for unemployed councils and an “essential workers” fight back. 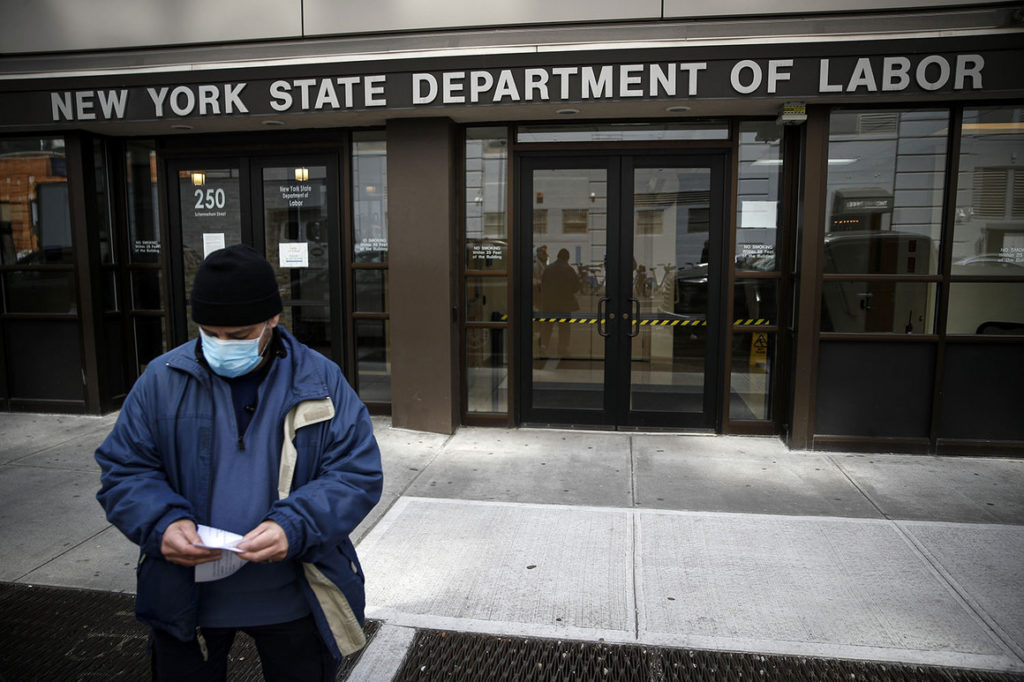 On Friday, The Bureau of Labor Statistics (BLS) released their monthly U.S. jobs report and the numbers are bad. Record-breaking bad. Since March 30 alone the unemployment rate rose more than four points, from 10.3 percent to 14.7 percent. In terms of people, that is a jump from 15.9 million to 23.1 million unemployed. Temporary layoffs also increased ten-fold to a total 18.1 million. Meanwhile, part-time workers who say they would prefer full-time employment nearly doubled to 10.9 million..

And those workers who want to enter the workforce but could not also nearly doubled, rising to 9.9 million. To provide some context for just how bad these numbers are, consider that an unemployment rate of 14.7 percent is the highest rate since the series began in 1948, as is the monthly increase of 4.4 percent. Such an increase is about 240,000 a day; that’s pretty much the entire working population of Pennsylvania, wiped out in just one month.

The 14.7 percent unemployment rate is not the full story, however, and the number can be deceiving. Even the BLS notes that there are some holes in the data. For instance, The millions of people who want jobs but cannot enter the workforce are not counted in the unemployment figures, and that’s nearly another 10 million people. The underemployed, or those part-timers who want to work full-time, are hurting too, but those workers are also not reflected in the official unemployment numbers.

Beyond the qualifications that the BLS makes note of, there are other gaps in the data. 2.3 million people are incarcerated, and thus not included in employment numbers. In most countries, prison populations are not large enough to skew employment figures, but the U.S. has imprisoned millions of members of what Marx called the “reserve army of labor.” And while some of those incarcerated workers are employed, they almost always work in the worst conditions for just pennies an hour.

There is also the question of undocumented workers, particularly those in the agricultural industry. Millions of undocumented immigrants, some of the most exploited workers in the U.S., have lost work because of the pandemic. Worse, these workers do not qualify for unemployment and have been completely left out of the federal stimulus package for workers. Unemployment rates in this sector are mostly hidden from official statistics.

So, with these dire numbers, with millions of workers idled by the twin crises of COVID-19 and capitalist crisis, what should workers do? Washington and the ruling class have one idea, the same one they have been pursuing all along. Companies will layoff even more workers and even cut the hours of health care workers to maintain the highest levels of profit possible. With the workers remaining, they will just squeeze them through greater workloads on fewer people. They will “liberate,” as Trump says, the economy by sending people back to work well before it is safe to do so. Sectors such as meatpacking and auto-production, where factory workers in the thousands have been infected, will be pushed into full production endangering even more thousands. Their solution is blood for profits.

There are some workers who are deceived into the false dichotomy that they will starve if they cannot work and so the economy needs to be restarted. But workers have other options. We can instead demand that the capitalists pay for the crisis. The corporations that have exploited us should be taxed to assure adequate unemployment benefits and a quarantine wage for stopping the spread of the virus. We must fight for the prohibition of layoffs, and the nationalization of healthcare and industrial sectors for the production of much-needed equipment to keep workers working, but for the interests of all people. In agriculture, unemployed workers could help produce free food for the expanding breadlines in the US and abroad. The workday could be shortened at no loss of pay to solve the contradiction of overworked workers on one hand and unemployed workers on the other. To fight for these modest demands requires that we push our union leaders to fight with us, not just write letters and set up emergency funds. We need health and safety committees in workplaces and cross-sectoral organizations of workers, such as health care, transit, and Amazon workers coming together, or the example of the Connecticut Workers Crisis Response group. Organizations like these must spread, and must include the demands of the organized unemployed. Only workers’ unity can solve the crisis.