Factories that once produced jet engines may soon be producing ventilators if General Electric workers have their way. They demonstrated on Monday, March 30th, at a Massachusetts aviation facility and at GE’s corporate headquarters in Boston, demanding that factories that would otherwise be idle be used in the fight against Covid-19. 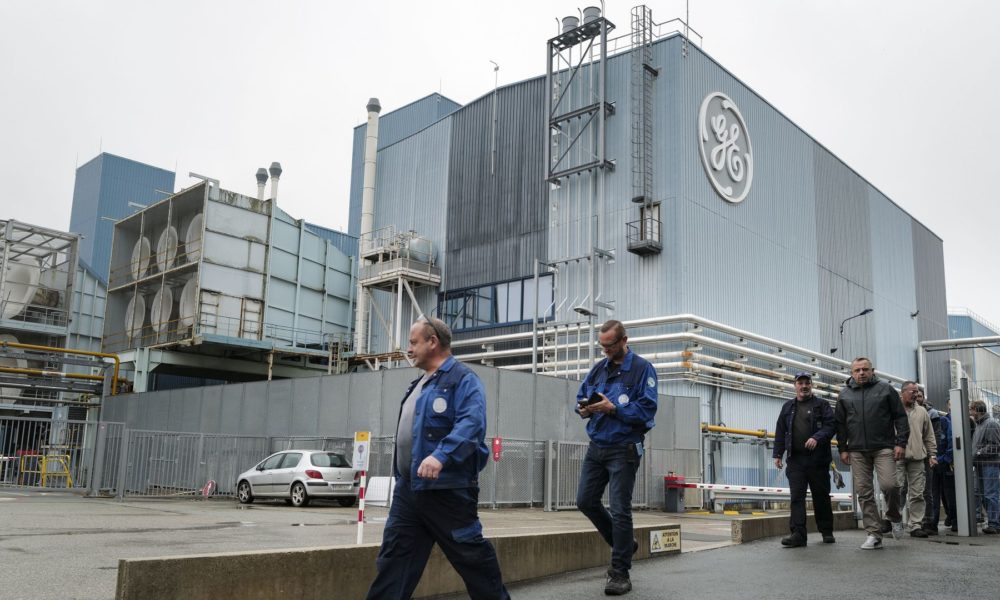 On Monday, March 30th, General Electric workers picketed — following the social distancing protocol of standing six feet apart — at the GE aviation facility in Lynn, Massachusetts and at the corporate headquarters in Boston. They are fed up that GE, which just days ago received billions of taxpayer dollars in the corporate bailout, is planning to lay off thousands of workers in an effort to save hundreds of millions of dollars. The GE bosses are trying to offload the crisis onto the backs of working people by cutting labor costs, but labor is fighting back. This struggle shows both the necessity of a nationwide freeze on all layoffs, as well as the means by which to win such a demand locally.

But, the workers at GE are fighting for more than just the paychecks they deserve. The unionized workers of the Industrial Division of the Communication Workers of America (IUE-CWA) know the awesome productive forces of the factories, and have begun to openly question why they are getting the sack when they could be building much needed ventilators to fight the Coronavirus pandemic. After all, the GE Healthcare Division is one of the largest producers, and ventilators are so needed that in some hospitals machines that are designed for one patient are being rigged to support two. Ventilators are so crucial that even President Trump is weighing the option of using the Defense Production Act to strongly encourage their manufacturing. These factors led workers like IUE-CWA Local 86004 President Jake Aguanaga of Arkansas City, Kansas, to ask why GE trusts them “to build, maintain, and test engines which go on a variety of aircraft where millions of lives are at stake” but not “to build ventilators?”

It’s a good question. And it gets to the heart of the capitalists’ response to the Coronavirus. The bosses would rather people die than have their bottomline harmed. They are putting profit ahead of the lives of millions of people. That is why governments are keeping non-essential workplaces running, why bosses are putting the least amount of effort into sanitizing workplaces or providing protective equipment, and why Trump and the Wall Street Journal were hemming and hawing about ending quarantine measures early. That is their solution.

The solution from workers, however, has been to fight for the immediate production of lifesaving equipment and supplies, like ventilators, face masks and disinfectants. Unions have demanded to close non-essential sectors, sick leave and stronger health and safety standards, and have used strikes to give strength to their demands, such as the general strike in Italy and the various strikes and walkouts at Amazon, Instacart, and the planned strike at Whole Foods. Unions have also begun to coordinate joint responses, and healthcare workers on the front lines have protested for the Personal Protective Equipment (PPE) they need to keep healthy and save lives.

By fighting to put their factories to a truly productive use, the workers of GE are the latest sector to join the fight against the  pandemic, showing the inherent superiority of a society run by workers instead of bosses.