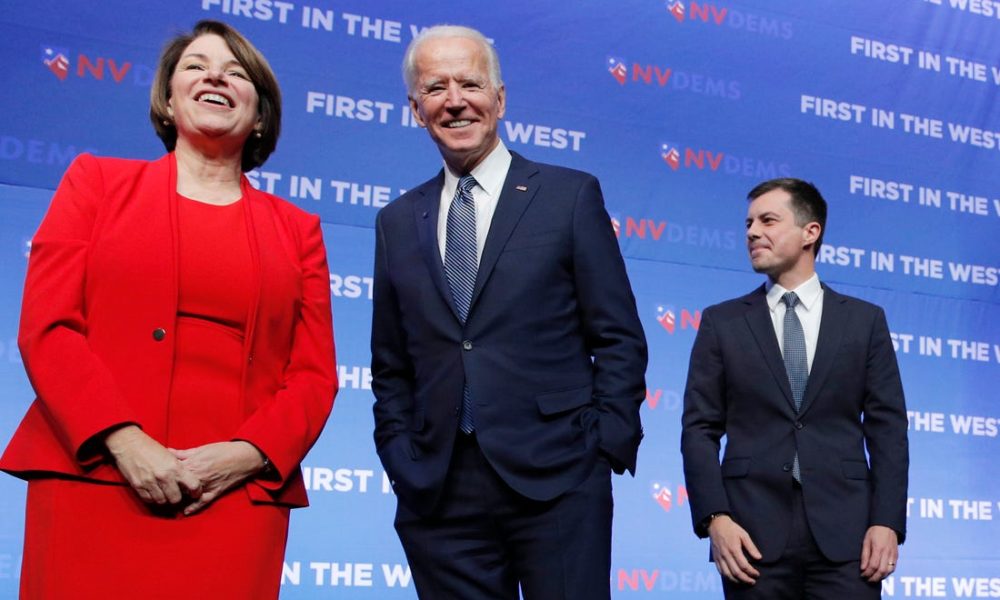 Sanders’ popularity after his victories in Iowa, New Hampshire, and Nevada became so strong that he not only became the national front-runner for a week or two, but he also seemed, for a brief moment, to be unstoppable. This was thanks to his pro-working class demands, like Medicare for All, a $15 minimum wage, and the cancellation of student debt.

It has been a long time since the program of a viable presidential candidate expressed some of the deepest needs of working-class people. The Democratic Party has become so detached from its working-class base that there is barely a pretense of representing their interests.

A large proportion of the Democratic constituency was lost to disillusion and apathy, especially among young people and people of color. The 2008 crisis shook away the limited economic security of swaths of working-class people, and Obama’s two terms in office did not deliver the change promised to Black families fighting the twin burden of economic disadvantage and daily racial oppression. Latinxs were also left out to dry after being promised a path to citizenship. It is well known that Obama deported more latinx immigrants than any president before him.

In other industrialized countries, the crisis of traditional parties gave way to the emergence of new reformist-left parties (such was the case in Spain, Greece, France and elsewhere). The emergence of a new generation of socialists in the U.S., widespread disenchantment with the two-party system, and the failure of the Democratic Party to prevent the ascent of Trump signaled a political climate wherein the emergence of a similar third party on the left was possible, even likely. Viewed from a historical perspective, this might well be the natural tendency when an increasing number of people (in the millions) fall off the political party system because they see clearly that no party represents their interests.

However, in the U.S., Bernie Sanders (and “the Squad”) came to save the Democratic Party from its profound crisis. Sanders breathed new life into the 200-year-old party. He registered thousands upon thousands of young people as Democrats and he repeatedly argued that if the party recovered its roots, if the principles upheld by FDR and other New Deal Democrats were taken up today, the Democratic Party could become the best vehicle for progressive change in the U.S.. This is the main message his campaign has sent and continues to send.

A Party of Capital

But the truth is that the Democratic Party is still a party run by billionaires. To the party establishment, Sanders’ campaign, with its multiracial and popular coalition, represents a threat. As we have argued before, Sanders’ program is not socialism. It is social democracy, or a new version of the New Deal. Yet, many of the proposals in his platform go against the interests of some of the big fish funding the Democratic Party machine.

After a great performance in the first three primary elections, it looked as if Sanders could actually win. Some Jacobin columnists claimed that the reins of the Party had been wrested from the establishment and handed over to Sanders. Some asserted that the establishment just didn’t have any mechanisms to stop the Bernie wave. This view proved too naïve. It only took two days, after the results in the South Carolina primaries, for the party establishment to call the moderate side of the field to order. Buttigieg and Klobuchar dropped out and endorsed Biden immediately. Importantly, Warren not only decided to remain in the race until after Super Tuesday, but also abandoned her anti-super PAC stance; her campaign became solely about stopping Bernie’s rise. This swift, Machiavellian maneuver by the party establishment shows that they were more powerful and sly than Jacobin writers wanted to believe. It also shows that the Democratic Party remains firmly in the grip of U.S. capitalists.

There is only one conclusion to take from this episode. Socialists need to organize their own party. A party of workers, that doesn’t take money or advice from capitalists. One that relentlessly denounces the undemocratic character of the U.S. electoral system, not tries to find a way around it. One that fights within and outside bourgeois law, that shows no respect for the courts, the banks, and the rules of the game that keep the vast majority in poverty for the profit of a few. And although we have seen in recent years the emergence of the Democratic Socialists of America (DSA) with tens of thousands of new members, the DSA’s political orientation continues to be–just like since its origins in the 1970s–to campaign for left-leaning candidates inside the Democratic Party.

The Myth of U.S. Democracy

U.S. democracy is a sham. Everyone knows it. It is not only about gerrymandering, the Senate or the Electoral College. Those are only the most blatant examples. The power money has over elections has only increased over time, with the Citizens United decision and the rise of super PACs. Single-member congressional districts suppress any political alternative to the two big parties by design. Just think about it: a political party could win up to 30 percent of the state-wide vote in the states of New York and California (home to roughly 20 and 40 million people respectively) but if in no congressional district they get more than 50 percent of the vote, they would get no seat in Congress, despite receiving the votes of almost 10 percent of the U.S. population. In any other advanced country, elections would be held on a Sunday or a holiday, but the U.S. holds them on a Tuesday and makes no effort to curb long wait times. This only makes it harder for working-class people to exert their right to vote.

This happened in 2016 in states like New York, but also again on Super Tuesday. People waited 7-8 hours to vote, especially in Black and Latinx neighborhoods. The denial of the right vote to former felons and other voter suppression rules, especially in the South, are measures that systematically disenfranchise people of color.

When democratic rights are denied to millions of people, there is only one way to fight to reverse it: breaking the law and disrupting the status quo — showing by sheer strength in numbers that the institutions bourgeois democracy offers are not democratic. This requires massive mobilization and the independent organization of the working class and the oppressed. However, if the proposal is to fight within the rules of the regime, then there is no challenge. Bernie Sanders is invested in preserving the Democratic Party, one of the mainstays of this rigged electoral system. A socialist, class-struggle candidate would take every opportunity to denounce the undemocratic character of U.S. democracy, including institutions like the Senate and the two-party system.

Audre Lorde’s words in regards to the fight against racism, are equally applicable to this reality: “the master’s tools will never dismantle the master’s house. They may allow us to temporarily beat him at his own game, but they will never enable us to bring about genuine change.” A party that has no link to capital, that openly fights for socialism can not only run in elections and win seats in congress to expand the voices of the unheard, but also serve as the vehicle for real change, for a transformation that transcends the misery of what’s possible under a capitalist system.

Bernie Sanders has promised a “political revolution,” but he insists on legitimizing the very institutions of the old political regime.

The first step for socialists and working-class people is to break with the Democratic Party that has once again conspired to secure the nomination for a dear friend of capital. Only an independent political organization of the working class, one that fights to end capitalism will be able to uncompromisingly fight not only for the economic interests of the working class, but also for the most complete form of democracy. Building such a political organization is the prime task for socialists in the U.S. Let’s get to work.