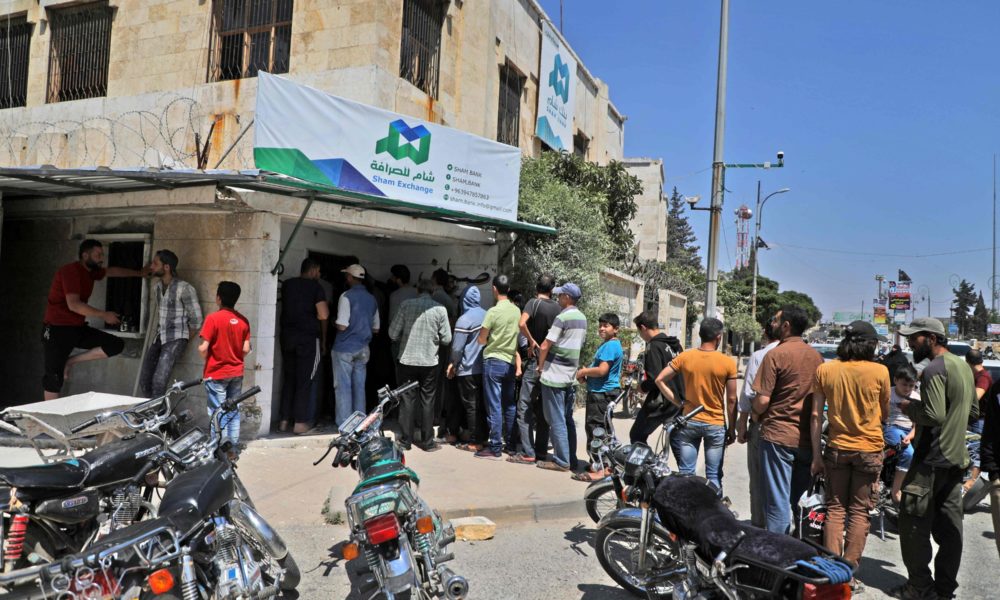 On Wednesday June 17, the bipartisan-backed Caesar Act came into effect, giving the U.S. the authority to impose a sweeping set of sanctions targeting Syria, which is already in a state of deep crisis after years of civil war. Sanctions against Syria are not new, and the U.S. and other imperialist countries have leveraged their economic strength through the use of sanctions since even before war broke out in 2011.

But the Caesar Act triggers broader restrictions that could lead banks and even humanitarian aid organizations to avoid the risk of doing any kind of business in Syria. Beyond Syria, these sanctions will also make it harder for regional powers like Iran and Russia to maintain their economic support for the Syrian regime.

The Act is named after the pseudonym of a Syrian photographer who smuggled images of the Assad regime’s atrocities out of Syria in 2011. By using his name, the U.S. congress is blatantly trying to deflect attention away from who will actually bear the brunt of the U.S. sanctions – the Syrian masses.

Though the U.S. State Department touts that the Caesar Act is “not intended to harm the Syrian people, but rather to promote accountability for the Assad regime’s violence and destruction that has killed hundreds of thousands of civilians,” Syria’s currency went into freefall and was devalued 44 percent ahead of the expected implementation of new U.S. sanctions.

While the political consequences of these new restrictions have yet to fully materialize, the economic damage inflicted on the already battered Syrian populace is likely to plunge much of the country’s population, half of which has already been uprooted since the war began, into even greater poverty. The devastation of the war, the looming worldwide economic crisis, and greater economic isolation could push many Syrians, those who barely have access to water, food, and medicine, over the edge.

This past week, hundreds of Syrians took to the streets in Sweida, a southwestern town where some of Bashar Al-Assad’s most loyal supporters reside. The ongoing demonstrations quickly spread to other regions from Tartous on the Mediterranean Coast to Idlib in the northwest of the country.

As the protests gain momentum, Assad faces a familiar demon: popular mobilizations demanding the improvement of living conditions, the end of corruption, and the fall of the regime. While in 2011 Assad triggered a bloody civil war through his horrifying and brutal handling of the revolutionary uprisings, his regime is arguably weaker today, especially because of a growing feud with members of the Syrian bourgeoisie including Syria’s richest man and Assad’s cousin – Rami Makhlouf.

Assad tried in vain to deflect the frustrations of the protesters by making Prime Minister Imad Khamis resign on June 11. Yet Monday’s demonstrations continued after activists on social media declared “we want to live with dignity” and demanded a “revolution to correct the path.”

These protests are in tune with the wave of uprisings that began in late 2019 in Lebanon, Iraq, and Iran, countries with which Syria has a historical link that deepened in the years of the civil war. However, the Syrian president does not have the level of financial and political backing that allowed his neighbors to partially contain the mobilizations in their countries as more and more regime loyalists draw away their support for the autocratic leader.

Moreover, Syria’s convulsive situation is coming at a time of rapidly declining living conditions. Food is more than twice as expensive as it was last year in Syria and is now more expensive than at any other time during the nine-year conflict. 80 percent of Syrians live in poverty and an estimated 40 percent of the population was unemployed at the end of 2019 when the latest figures were available. Undoubtedly, these numbers have only risen since the outbreak of coronavirus.

“Over the past years, the biggest loser has been civilians. Enough is enough, we want to live in dignity and this is our right,” said Safaa al-Sayyid, a Sweida resident using a pseudonym.

The virtual collapse of the Assad regime can be attributed in large part to economic instability plaguing the Syrian state. The crisis escalated to such an extent that in several regions in Syria, the Turkish Lira began to circulate in place of the local currency, as a mechanism to avoid the total depreciation of the currency. The value of the Syrian Pound has plummeted from 700 pounds to the dollar to 3,500 pounds for every dollar since the start of the year. Before the war began nine years ago, $1 was equivalent to around 50 Syrian Pounds, a devaluation rate of almost 99%.

The immediate catalyst behind Syria’s economic crisis is the collapse of the Lebanese financial system, of which Syria was largely dependent on. As Lebanon experiences its own financial crisis and protests, banks have imposed restrictions on currency management, directly impacting the commercial operations of the large Syrian families that carry out their operations there.

The collapse of the Lebanese financial sector has cut Syria off from its main link to the outside world. The prospects of the interlinked economies is compounded by the fear of Lebanese banks completely abandoning Syrian businesses for fear of sanction penalties imposed by the Caesar Act.

With U.S. sanctions on Assad’s doorsteps and the globally catastrophic economic crisis set off by the pandemic already maintaining its chokehold on Syria, Assad has attempted to appeal to the Syrian bourgeoisie to provide financial injections into the state and to finance the repair of the serious structural problems caused by years of devastation, which is estimated to cost 700 billion dollars.

Among those bourgeois would-be benefactors is Assad’s cousin Rami Makhlouf with whom he is having a political confrontation. The roots of this internal conflict among members of the ruling class stem from the marriage of Bashar Al-Assad’s mother Anisa Makhlouf to Assad’s father Hafez Al-Assad. The influential Makhlouf family supplied the nascent Assad regime with funds in return for political and military appointments that allowed the Makhloufs to take over the Syrian economy.

Anisa Makhlouf who was a powerful force brokering the interests of both families, died in 2016. As Anisa faded from the political scene, Asma Akhra – the wife of Bashar Al-Assad – rose in influence. Akhra’s family comes from the wealthy Sunni merchant classes of Aleppo and Homs, whose leading members compete with the Makhlouf clan for business in Syria.

The Makhlouf and Assad families have thus begun fighting over Syria’s few remaining economic resources. This dispute may further aggravate the weakened Syrian regime, which has never ruled without the material support of the Makhlouf family who control 60 percent of Syria’s economy. Even as the push and pull between the families has transpired behind the scenes, the families have rarely squabbled in public. Marking an escalation in the feud, Assad went as far as to accuse Makhlouf of corruption and evasion, freezing his assets and taking control of his companies in Syria. Makhlouf has taken to social media to publicly defend himself and attack the Assadist regime. Along with Makhlouf, public figures including politicians, business leaders and members of the army have all openly criticized the Syrian regime they previously defended.

Outside the ruling class, Assad also faces pressures from international allies like Iran who is also struggling under the weight of Western sanctions and Russia which is not immune to sanctions either. More and more, they view Assad as an unpredictable and unstable partner unable to repay the billions in economic and military aid they gave him.

Down with Assad’s Despotic Regime! Down with Imperialist Intervention!

Since 2011, at least 700,000 people have been killed in Syria’s long-standing conflict. This number does not disturb the Syrian bourgeoisie, nor Assad or his Russian and Iranian allies, much less U.S. imperialism.

With the U.S. inflicting “maximum pressure” campaigns in places like Syria and Venezuela through the economic terrorism of sanctions, the U.S. has shown itself to have zero remorse, especially in the midst of a pandemic, for Syrian civilians who bear the burdens of these policies.

The resurgence of class struggle in various countries in the Middle East, but also in countries like the United States or France where anti-racist protests have been taking place, could open up a new phase of social unrest. The downtrodden masses of Syria must use this opening, with the support of the working classes around the world, to struggle for workers’ power against both Assad’s despotism and U.S. imperialism.