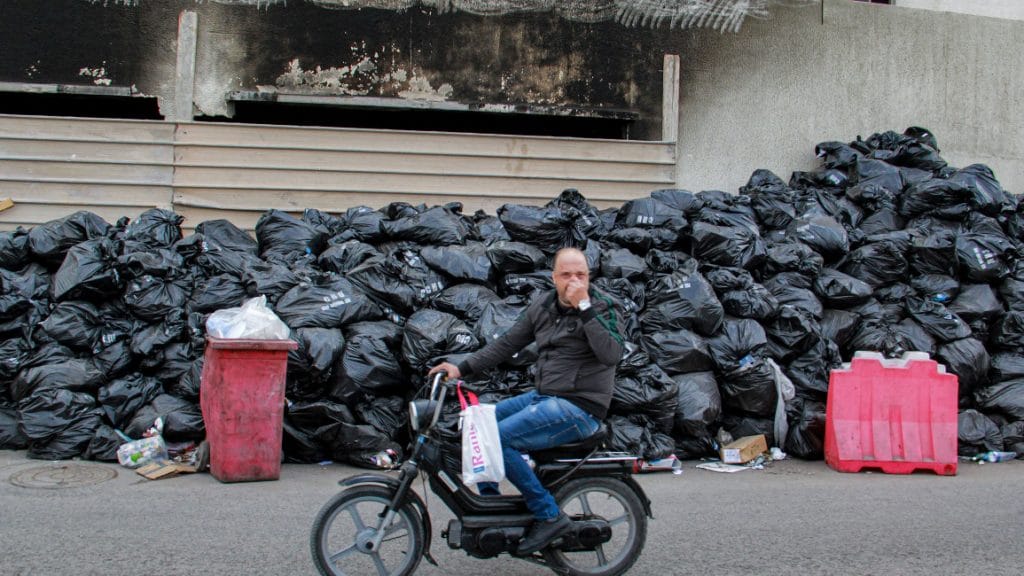 Rotting waste has been piling high on the streets of Sfax, a major city on the east coast of Tunisia. Already one of the most polluted cities in the North African country, a garbage crisis that has been festering over the past forty days has resulted in violent clashes between angry residents and police.

The crisis is the result of the closure of one of the region’s main landfills in Aguereb, a town on the outskirts of Sfax. For years, residents of the town called for the closure of the Aguereb landfill, denouncing the disastrous environmental and health impacts of illegal toxic waste being dumped at the site. Now, the closure has resulted in a garbage pileup in Sfax, exposing residents to rotting waste.

The story is a clear example of imperialist waste management under capitalism.

In 2008, the landfill in Aguereb was opened by a partnership between SUEZ Group, a French multinational waste management corporation, and SCET, a Tunisian development consulting firm, under the name SEGOR (Société d’Exploitation et de Gestion des Ouvrages et Réseaux). The municipal contract established that the company would receive only municipal waste and commit to recycling, treating, and sorting operations.

Residents say the European-operated landfill illegally received toxic medical waste, contaminating the area’s water supply and destroying the ecologically rich Qana area, home to rare and endangered wildlife such as gazelles, ostriches, and eagles. It also reportedly never began its recycling and sorting operations, leading to a massive backlog of waste in the landfill. Instead of recycling, SEGOR burned its waste, leading to deleterious health and environmental impacts for residents of Aguereb, increasing air pollution and causing lung and liver cancer.

According to an anonymous source who worked with GIZ, a German environmental public agency that wanted to invest in potential recycling projects in Sfax, reported widespread corruption within the French-Tunisian corporation SEGOR. Rather than recycling according to their contract with the municipal government of Aguereb, SEGOR was involved in illegally selling recyclable trash to poor residents who would resell it to a Tunisian waste management agency. The company was not only receiving money from the municipal government for its sham recycling operations, but also skimmed even more profit from poor Tunisians.

This particular example in Sfax takes place within the context of a broader waste imperialism, often called “waste trade”, where European and North American countries outsource and exploit other places for trash dumping and trash profiting, without concern for the sanitation or health impacts of their practices

The residents of Aguereb formed a group called Manich Masab (“I Am Not a Landfill”) and went to the county court to close the landfill, winning the case on July 11, 2019. However, the decision was never enforced.

What finally closed the landfill was its capacity. In late September, SEGOR was forced to temporarily close in order to expand its borders to receive more trash. However, in late September, the local council of Aguereb refused to reopen it, citing the court decision and the environmental and health impacts for residents.

Without an alternative landfill and municipal authorities refusing to collect the city’s garbage having nowhere to dump it, a pileup of municipal waste resulted on the streets of Sfax. Residents of the city have called the situation “catastrophic” as garbage has piled up near hospitals and schools, accumulating flies and an unbearable stench. The closure has exacerbated an already acute environmental crisis in the city.

On Monday, Tunisian President Kais Saied, who was the target of many protests denouncing his power grab over the summer, defied the judicial decision and ordered the reopening of the landfill using police force. This led to violent police repression of activists and residents in Aguereb. On Tuesday, a protester suffocated from inhaling police tear gas. In response, UGTT, the major trade union in the country, called for a general strike on Wednesday.

This garbage crisis has resulted in misplaced hostility between residents of Sfax and the neighboring town of Aguereb. Yet the working class and oppressed people of neither municipality should be forced to pay for the mismanagement and corruption of Tunisian officials and European corporations. Instead, these residents should use their collective power to demand an environmentally just solution to the festering crisis in the region. SEGOR, and its parent company SUEZ Group, should be forced to clean up the environmental disaster it created.

The crisis in Sfax is far from the only garbage debacle in Tunisia. The country struggles to keep up with its own garbage; local and regional authorities are overwhelmed and lack the resources to effectively manage the country’s waste. Government corruption and ministerial conflicts have led to greater inefficiencies and disputes over which authorities are responsible for collecting medical waste, for example.

In 2020, an illegal shipment of household waste from Italy was brought to a port in Sousse, Tunisia, the result of corrupt deals between Tunisian and Italian government officials who claimed that it was to be processed at a recycling facility. Although activists and NGOs have called for the waste to be shipped back to Italy, the waste still rots away in Sousse.

Tunisia produces 2.5 million of the world’s 2.01 billion tons of municipal solid waste each year. At least 33 percent of global waste is not being managed in an environmentally responsible way; however, this is likely a gross underestimation. Global annual waste production is expected to rise to 3.4 billion tons over the next 30 years.

This is all the better for capitalists. The global waste management market was valued at USD 383.83 billion in 2020. The North American waste management market alone was valued at USD 208 billion, with the U.S. accounting for much of the market. The largest producers of garbage are also raking in the profit generated by it, as it ships its own waste off to mostly East Asian countries under the pretext of “recycling”.

Despite its reputation for clean streets and strict recycling laws, Europe is equally implicated in waste imperialism. A 2019 report found that in Germany, for example, “found a staggering amount of the country’s recyclables don’t actually end up where people think. Instead, most of it is incinerated in Germany or shipped abroad to poorer countries, where it’s sometimes dumped or burned illegally.”

Waste management is one of the many elements of environmental degradation that has no clear solution under capitalism. As Fred Magdoff & Chris Williams write in Truthout:

More production means more waste: more waste means more production. Waste is a sign of capitalism’s success. When people throw away a product after using it for a short period of time, in the spirit of planned obsolescence, they will buy a new one, contributing to growth and corporate profits.

But it doesn’t have to be this way. Under a planned economy under worker control, the production of waste could be massively scaled down by doing away with the planned obsolescence built into the capitalist mode of production. Moreover, fossil fuel companies, which produce huge amounts of toxic waste, should be brought into public ownership and under democratic control of the people. This would be accompanied by planned public investment that transfers the jobs in fossil fuel companies to green technology and environmental companies. Workers would be able to initiate a massive scale down of energy usage, which could be achieved by replacing auto production with the creation of fast and reliable public transportation.

It is up to the working class to denounce planned obsolescence and waste imperialism, which divides workers and oppressed people by effectively using economically weaker countries as the landfills for imperialist countries. Workers in North America and Europe must stand together to refuse that our waste be shipped to countries across the globe, and demand that illegal waste shipments be sent back to the countries where they were accumulated. With the collective power of the working class, we can organize to bring society towards a worker-controlled planned economy with just waste management.