Left Voice spoke to a teacher at Grinnell College about the working conditions of the severely underpaid “language assistants,” student workers who teach for-credit classes. Such practices are widespread across the United States. 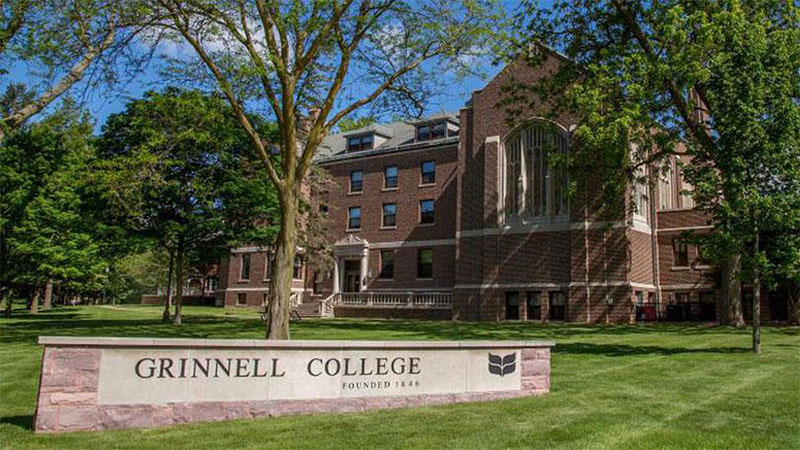 Teaching college has the odd social position of being a job with high prestige but, in the vast majority of cases, very low wages. More than half of all teaching faculty are “adjuncts” — part-time, precarious workers paid on a per-class basis, with no benefits or guarantee of continued employment. According to one survey, more than half of all adjuncts make less than $3,500 per 3-credit course, and in 2012, the median pay-per-course was only $2,700, the equivalent of $24,000 per year for a full teaching load. At large research universities, many introductory courses are also taught by graduate students, who are typically paid between $13,000 and $34,000 per year, depending on their school and subject area. Graduate student workers at Columbia, New York University, and Harvard have all gone on strike in the last year, because student workers are not paid a living wage even at the wealthiest, most elite universities.

But as pitiful and exploitative as these wages are, the median adjunct rate of $2,700 per course is still five times as much as Grinnell College in Iowa is paying some of its language instructors.  And Grinnell — one of the most prestigious liberal arts schools in the country — isn’t the only college doing it. In fact, similar practices are fairly common.

The source Left Voice spoke with knew of two so-called “language assistants” at Grinnell who make $12/hour, although wages for each language assistant are at the discretion of each academic department. Their duties include teaching conversational courses and lab sections, as well as tutoring. On a per-credit basis, the language assistants are paid less than a quarter of what an adjunct would be paid to teach the same class.

Language assistants at Grinnell can be asked to work up to 20 hours per week, although it’s unclear how many hours are actually scheduled for the typical student worker. However, if someone worked 20 hours per week every week for the full academic year (nine months) at $12/hour, they would still only make $9,072. Even including the value of room and board, which the language assistants receive for free, their income is still only $23,470 for the year — about $5,000 less than what is considered a living wage for Poweshiek County, Iowa, where Grinnell is located.

On Student Workers and Exploitation

It’s an adage among student workers that whether they count as “students” or “workers” depends on which label benefits the university most at any given time. For example, when student workers try to unionize, the universities argue that the labor they perform is part of their studies, similar to an internship, so they should not be viewed as workers. This happened at Grinnell, when the union of dining hall workers voted to expand membership to all student workers, but the university filed a complaint with the National Labor Relations Board claiming that tutoring and research assistant jobs are not real labor. But when unionized student workers go on strike, suddenly they are in violation of their labor contracts and should have pay deducted accordingly.

One of capitalism’s internal laws demands that every employer seek to minimize labor costs as much as possible without sacrificing productivity. It’s part of how capitalists extort “surplus value” from workers. Universities do this in several different ways, including using the labor power of adjuncts and students. As of 2018, more than 90 percent of all Grinnell students work for the college at some point during their time there. The college cannot function without them.

In rural locations like central Iowa, it can be difficult to attract adjuncts, and with only undergraduate programs, Grinnell College has no graduate students to draw from to teach classes for cheap. Rather than invest in hiring permanent full-time faculty, the college instead recruits young adults to provide language instruction on 1-year contracts, without providing them any pedagogical training. While the language assistants do receive free tuition, most of them already have undergraduate degrees from their home countries, making one year of additional credits from Grinnell of little value, even as transfer credit.

One way universities justify this sort of behavior is by claiming that lab sections and conversational courses are not “real” classes, so they hire student workers at rates far lower than a faculty member would make. Even though the total number of hours for labs and conversation courses is less than a standard lecture or seminar, and hence total compensation will of course be lower, the pay per hour in the classroom is still egregiously low. And these classes count as real credits, with students receiving actual grades.

There is no hiding that this is real academic labor, and it should be compensated as such no matter who is doing the teaching.

Employing international student workers also benefits the college, as it seeks to maximize its financial position, in other ways. First, the student visa prohibits international students from working off campus under most conditions. Workers with this type of visa are more constrained in their ability to find alternative employment, which makes them easier to exploit.

Second, employing student workers gives the university additional leverage to defend its exploitation. The labor the language assistants are hired to perform is framed as supplemental, as a “great opportunity” for young adults to make a little bit of money while enjoying the “main” experience of studying and socializing abroad. Even if many student workers hired for these positions do enjoy themselves, exploitation is still exploitation, and $12/hour is still not a living wage. These workers are being taken advantage of regardless of whether the experience has some “enjoyable” elements.

Full-time lecturers at Grinnell make almost 10 times as much per hour of teaching as these assistants, which means the surplus value generated by hiring student workers instead of faculty is very high. Even private tutors, who work with only one student at a time, are typically paid at a higher rate.

The Grinnell College student newspaper wanted to run a piece about underpayment of language assistants, but was unable to do so because all of the language assistants they reached out to declined to comment — most likely out of fear over losing their jobs. Given that at least two had been willing previously to discuss their working conditions privately, it seems that the university may have issued some form of gag order.

These kinds of labor practices, specifically exploiting international students to teach language courses, are not limited to Grinnell. The source Left Voice spoke with already had direct knowledge of similar systems at Wesleyan University and Pomona, Middlebury, and Williams colleges — all very highly ranked schools. Many more schools participate in the Fulbright Language Teaching Assistant Program, which operates in a very similar way. For speakers of “less commonly taught languages” in this program, universities are not required to pay students a penny in wages, and instead are recommended to give students a monthly stipend of $500–$600 or free room and board in exchange for up to 20 hours of work per week. That arrangement is even more exploitative than the conditions at Grinnell.

Exploitation is a material economic relationship, not a feeling. Over half of billionaires in one survey said they work 60 or more hours per week, and they may feel very tired, but they are not exploited. At the same time, teenagers who work at the neighborhood pool with their friends all summer, or campus tour guides who genuinely love talking to people about their schools, are both still being exploited. It doesn’t matter how easy, fun, or even well-paying your job is; if someone is generating surplus value from your labor over which you have no control, you are being exploited.

Colleges and universities like Grinnell are exploiting international students for their multilingual capabilities, paying them a tiny amount compared to what a faculty member or even a graduate student would make, and claiming it is okay because the real pay comes in the form of a “cultural experience” and the tuition value of the courses they take — even when those courses count toward no degree or other useful credential. Neither one puts food on the table. These student workers deserve a living wage that is, at minimum, comparable to other instructors on campus who teach labs and other one-credit classes.