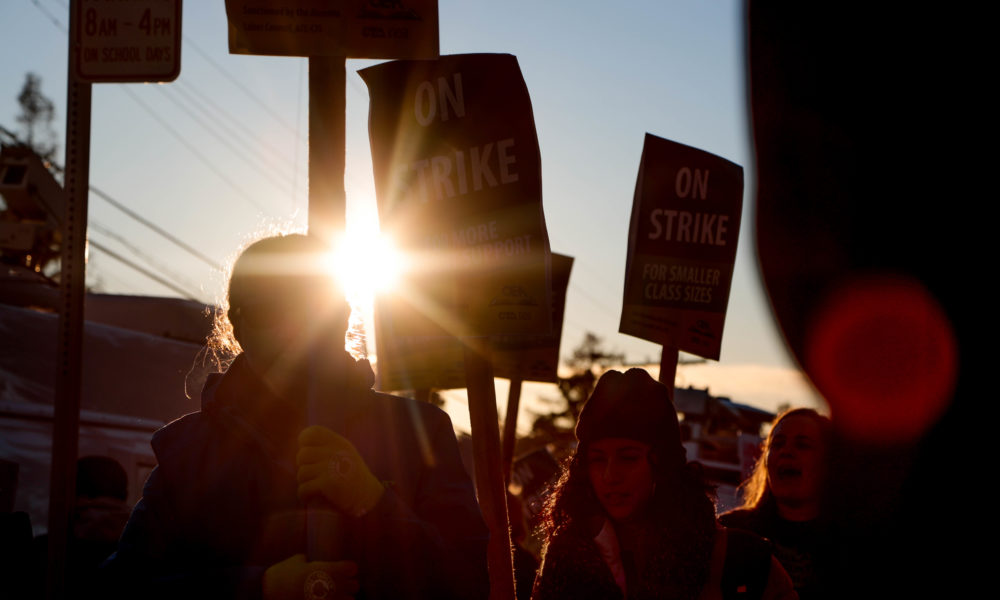 As the debate over opening schools this fall continues, Left Voice continues our series of educator perspectives. If you are an educator or student who would like to share your experience with Covid-19 and/or school reopenings, please send an email to [email protected].

Michael Shane is a teacher in the Oakland Unified School District (OUSD) in California. He began substituting in 1999 and became a full-time teacher in 2001. He teaches at the Sojourner Truth Independent Study school, a public alternative school to conventional high school that offers programs for students who need a smaller school environment or need to work at a different pace without distractions and who may also have obligations in the morning or afternoon — such as jobs or family responsibilities — that make evening learning more ideal. The learning experiences at Sojourner Truth aim to be “safe, successful, and personalized.”

Shane is a long-time union activist and was a member of Classroom Struggle, a former caucus within the Oakland Education Association — the Oakland teachers’ union.

Scott Cooper spoke with Shane on July 30, and he later reviewed this article before publication.

Please describe the period just before the shutdown of Oakland schools that began on March 16.

We were just waiting. We knew the virus was coming, that a shutdown was likely, and that we would have to revert to some kind of distance learning district wide — which for our school would be quite easy. But they were dragging their feet. Many teachers wrote to the superintendent of schools about waiting too long, about how OUSD wasn’t putting student health first.

It reminded me of the bad smoke days during the forest fires.1 They were taking a wait-and-see attitude at first, even though Governor Newsom had gotten a little ahead of this and was shutting things down in the state.

On the Friday before the shutdown, school administrators called us teachers into a crowded classroom to announce the coming closure. What were they thinking? They could’ve emailed the decision. And then they wanted us all to come in the following Monday. The district’s going to be shut down and you still want us to come in for another day?!

The impact for our students was less than elsewhere in OUSD. Students with independent studies were able to convert relatively easy. They were used to it.

But it’s been tough on teachers and students and parents. Now a life full of other stuff becomes about staying at home. As a union activist, I’m used to going to meetings and socials to organize our work. Students who attend our school are used to getting out, too. And my partner and I have to take care of our daughter who would be in preschool.

What are the current plans for reopening? How would you characterize them?

The current plan is distance learning for four weeks. My guess is we’ll end up doing that all fall, though, unless they can really get a handle on the virus. When we shut down, there were only a handful of cases but now there are thousands of them. And Oakland Unified has a lot of Black and Latinx students. Their families are being devastated because of preexisting medical conditions and the lack of healthcare overall. It’s absurd to think you are going to open schools when cases are spiking.

But I understand. They want us in the classroom for childcare, to babysit for workers involved in production, distribution, and circulation. We’re part of the reproduction of the working class. They need us for their profits. Whether we can actually teach our subjects isn’t important; as long as we teach kids how to be good, obeying workers, they’re comfortable with that.

When we went on strike, that’s why we tried to find places for kids to go — to help out their parents. A lot of parents supported our strike, but some were hesitant to utilize the strike schools we set up, because they were unfamiliar places in churches and so forth.

What should the reopening plan be? What are your biggest concerns right now?

With the current rate of cases, and even with cases going down and more control, I think if they try to force the opening issue we should have a safety strike. We have a safety clause in our contract. We should be aggressive in our response. That’s what I push with our bargaining team.

I’m always for that with our bargaining team.

Right now, there’s a group called the California Alliance for Community Schools that includes executive leadership of the teachers’ unions from the state’s eight largest cities. They’ve been meeting and working on a statewide response. They have a petition out, and they’ve been asking teachers around California about safety strikes as well as strikes for “community good,” like teacher strikes to support rent cancellation or a moratorium on evictions and for better healthcare.

So far, they’ve gotten a lot of yes votes in Oakland, and very few no votes. But CACS functions from the top down, and is linked to the Democrats, so who knows. The group held a virtual town hall and 75 percent of the people who participated were ready to strike.

If the schools do open, we need to at least test people and take temperatures. And when someone’s infected, we have to have the infrastructure ready to shut down that facility for 14 days. And the district should have contact tracing capabilities. But even when we knew the virus was coming, they waited to order PPE.

Now they’re telling us there won’t be computers and Internet access for every student for at least the first few weeks, so how can we even teach remotely? The OUSD bureaucracy is terribly dysfunctional — I’d say dysfunctional by design, as part of killing off public education.

Right now, our union is bargaining over a Memorandum of Understanding (MOU) regarding reopening. It’s not looking good. The district isn’t budging on distance learning, and our leadership is being a little conservative in how we respond. Our union’s crisis action team has wanted to do actions at the homes of school board members and the OUSD superintendent.

In short, there’s not great organizing around this MOU — but we need this MOU. There will be some hard conditions for us to get through this coming semester and possibly even through next spring.

What about other workers in the Oakland schools — the so-called classified workers such as instructional support staff, administrative workers, custodians, and others? They joined teachers on the picket lines last year in a sympathy strike.

These workers are super-exploited compared to us. They want to take action. But in general, the leadership structures of their unions, including the national and state affiliates, are much more interested in labor peace and maintaining the status quo. These workers in SEIU and AFSCME are basically being fed contracts.

But they’re bearing the brunt, and we need to defend them. That goes back to our own strike.

OEA is part of the National Education Association. What do you think about the recent statement from the other national teachers’ union, the American Federation of Teachers (AFT), about supporting teacher strikes if schools are reopened?

I think it gives union activists more leverage for calling such strikes and dealing with local school administrations. The fact that the AFT is saying this could help activists in unions who are really calling for action — but that has to come from the rank and file.

Coming from AFT President Randi Weingarten, though, I’d take the statement with a couple of grains of salt.