The 2020 election is a lovers’ quarrel among segments of the ruling class. 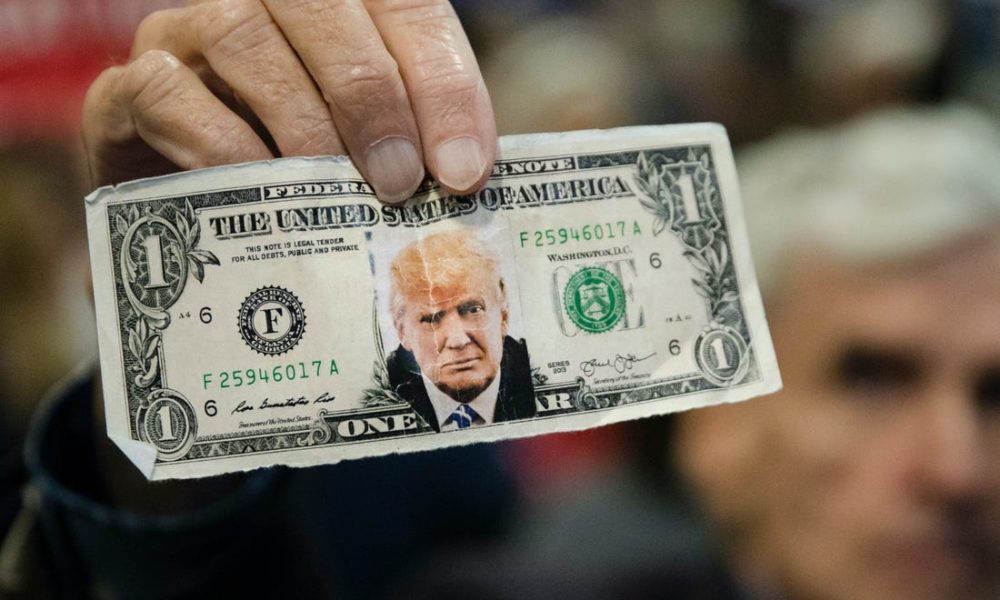 This is all a bad joke. Both campaigns are being openly bankrolled by the ruling class: real estate moguls, financiers, and tech company CEOs, for example.

In other words, the 2020 election is a spat among parts of the ruling class over who is going to better help their interests — especially the endless, catastrophic accumulation of profit. And it’s all perfectly legal. The American political system is working exactly as it is supposed to. For example, even though campaign finance law doesn’t allow any one person to give more than $5,600 directly to a presidential candidate’s campaign, so-called Super-PACs (“independent” organizations that are crucial to reelection campaigns) can raise unlimited funds from anyone.

In other words, the U.S. is hardly democratic. But its political system is the perfect shell for capitalism, since it makes it so easy for the ruling class to use the money it’s made off the backs of workers to control the political machine.

Trump’s reelection campaign — so far hauling in $1.21 billion — is being bankrolled by the U.S. ruling class.

By the end of February, 80 billionaires had donated to his campaign. That’s about one out of every 10 U.S. billionaires. Combined, those 80 individuals have a net worth of around $210 billion. Overall, the money for Trump’s campaign is primarily coming from donors in the financial, insurance, energy, and real estate sectors, with hefty donations also coming out of the construction and healthcare industries as well.

For example, by the end of February, J. Joe Ricketts — founder of the financial services company TD Ameritrade — and his wife Marlene had given about $1 million, as had Andrew Beal (owner of Beal Financial Corporation) and Dennis and Phyllis Washington (heads of Washington Companies, which includes companies in mining, construction, and other industries).

Significant parts of the ruling class started breaking towards Trump during his first term. Over half of the billionaires currently bankrolling his reelection did not donate to him during his bid for president in 2016. This shouldn’t surprise us: Since being elected on a chaotic, vaguely populist platform, Trump has made it his mission to woo the ruling class while also pretending to care about “average” (which to Trump means white and male) workers. For example, his administration drove a historic tax cut for the ruling class, pushed to dismantle the already-weak Affordable Care Act as a gift to health insurance agencies, and attacked worker rights and protections.

But over the summer, other segments of the ruling class that had so far stayed out of the election fray began breaking for Biden. In fact, Biden’s fundraising has tremendously accelerated in recent months compared to Trump’s. This is probably in part because of increasing alarm among segments of the ruling class as Trump shows his inability to maintain social stability in the midst of the largest protest movement in the history of the United States. But it’s also of course because of Biden’s own efforts to woo business and finance moguls.

Even at the end of February, though, Biden had more billionaires donating to him than Trump (94, or 12% of the U.S. total). This number has gone up dramatically since then. By August, Biden had 131 billionaire patrons (as opposed to Trump’s 99) — or in other words, about one out of every five billionaires in the United States.

Part of this increase is because of his choice of Kamala Harris as his running mate. At the time, liberals were gushing about Biden’s “progressive” choice. But Biden’s choice was far more cynical: Harris is a cop, and choosing her is a signal to the ruling class that Biden too will crack down on the uprising against the police. And Biden chose the person who had been leading the race for super-rich supporters — obviously in a bid to get those donors to bankroll him, too.

Just like with Trump, a major chunk of Biden’s cash in this campaign is coming from the financial sector, ensuring that Biden will continue to be the lapdog of Wall Street capitalists. In fact, donations are going to both Trump and Biden from the heads of the financial firm The Blackstone Group (a move repeated in companies like Facebook and Estee Lauder) — hedging their bets by putting money down on both of the capitalist candidates. But big tech billionaires have been increasingly donating to Biden. This isn’t much of a surprise given how cozy Harris has been with this part of the ruling class since she became California’s top cop. Top donors to Biden include hedge-fund manager Jim Simons, who has given over $3 million; CEO of Twilio Jeff Lawson and his wife Erica Lawson, who have given about $1.25 million; and Reid Hoffman, co-founder of LinkedIn, who has given about 1.5 million.

It’s Time to Break with the Capitalist Parties

From CNN to Fox News, from The Wall Street Journal to The New York Times, and from Trump, Biden, and Obama alike, we’re being sold the idea that the choice between Trump and Biden is a stark one between life-and-death: the most important election in history.

But both Biden and Trump are lackeys of the ruling class. They’re each scrabbling for the cash of financial and business elites in the U.S. and working hard to convince the ruling class that they’ll be a better lapdog in office.

This election is a lovers’ quarrel among the rulers. The only hope for the working class and oppressed is to create an independent, revolutionary, working-class party fighting for socialism against the capitalists and their lackeys in both parties.