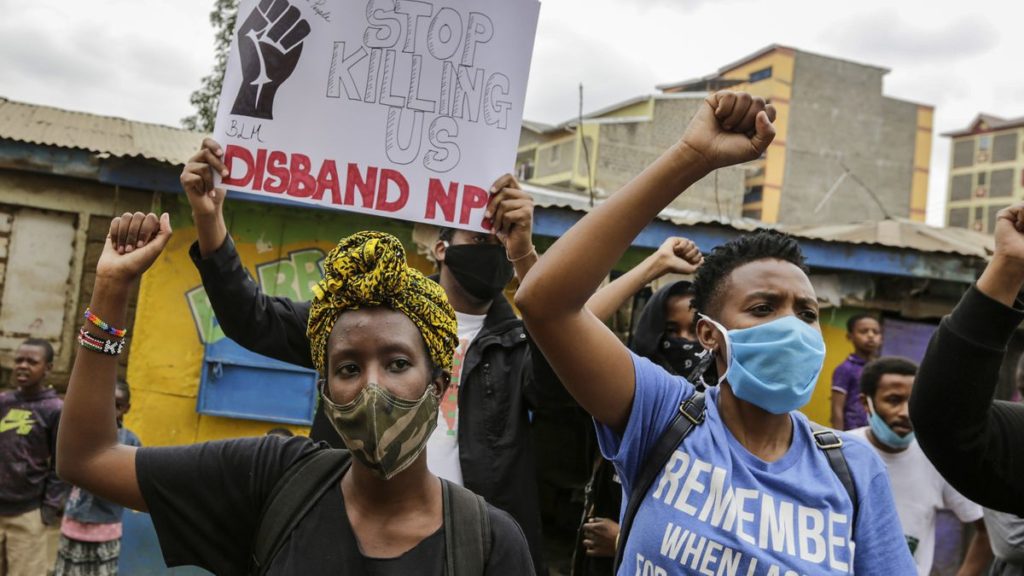 The heinous murder of George Floyd sparked a worldwide movement against racism. In every major capital in the world, people have echoed the call for justice for George Floyd; however, they are also raising their own demands, like justice for Adama Traoré in France or justice for João Pedro in Brazil. This is because the police prey on Black people and other racial minorities throughout the globe.

However, the protests breaking out across the very continent where many Black people trace their ancestry has been notably absent from the conversation. Little has been said about the Black Lives Matter movement underway in Africa.

A quick internet search  is enlightening. Countless news articles report on marches and rallies in various European countries that once held colonies in Africa.  Others highlight demonstrations in places as far flung as Australia and South Korea. But it is challenging to find a single article on how the Black Lives Matter movement has spread to this continent of former colonies, a continent with roughly 1.2 billion people, the great majority of them Black.

Despite the relative silence about it in the media, after protests erupted in the U.S., there were echoes of the movement across Africa. In Abuja, Nigeria’s capital, over a dozen people gathered in front of the U.S. embassy. They carried “Black Lives Matter” banners as they demonstrated in solidarity with the hundreds of thousands of people fighting racism around the world.

The wave of protests also reached Ghana where some 60 people attended a rally in Accra, the country’s capital. The protesters denounced racism and police brutality in the U.S., but also the racism in their own country. They chanted: “We are not free until we are all free!” Other  signs read: “Africa Must Unite,” “Black Lives Matter,” “Police Brutality = Colonial Violence,” and “Justice for George!”

In Ghana, though President Nana Akufo-Addo tweeted a drawing of George Floyd with the words “Black people, the world over, are distraught by the killing of an unarmed black man,” it appears that he does not have the same consideration for the people in his own country. As reported by the BBC, protests broke out after a man identified as Ernesto Yeboah was arrested by the police in Accra for “failing to obtain a police permit for the protest.” When protesters demanded he be released, a joint military and police force fired what they called “warning shots” and dispersed the rally.

A crowd of up to 200 people peacefully marched through the Mathare slum in Nairobi, Keyna on Monday to protest police violence, which has increased in the context of the pandemic and social distancing. The march was organized to denounce the 15 police murders in Kenya since the start of the pandemic, as well as in solidarity with the worldwide movement against police killings.

A cursory glance shows that there’s plenty happening throughout Africa. The global uprising against racist police brutality that ignited in the United States has spread to the Blackest continent of all, showing that the aftershocks of class struggle in imperialist countries are often felt in the regions they historically exploit and oppress. But it also shows that the police inflict state-sanctioned violence in every corner of the world. In every nation, they serve the same purpose of protecting private property and keeping the working class subordinate to capitalist control; and across the globe, those who are most targeted by this police terror are Black folks.

The deeply-rooted links between racism and the state should come as no surprise. The historical development of racism is directly connected to the looting of African resources and the kidnapping of Black people for the slave trade. Racism arose as a justification of slavery. But the link is not just a historical one. Today, the corporations and capitalists that exploit and oppress African descendants in the United States and Europe are the same ones that keep the workers of all African countries under the imperialist boot, just as they do in  southeast Asia, the Middle East, and Latin America.

Across the world, racism is a powerful tool in the ruling class’s arsenal to divide the working class and the oppressed along multiple lines. Whether it is within a single country or across national borders, this racism often coincides with the exploitation of dependent nations by imperialist powers

Therefore, the struggle for Black liberation, as part of the fight against all kinds of oppression, must also be anti-imperialist. It is inextricably connected to the liberation of Africa from U.S. and European imperialism, as well as from increasing Chinese influence across the world. This means denouncing overt intervention by these powers, but also fighting back against the puppet governments in these countries who beat and kill Black people in the middle of a pandemic.

Historically, the U.S. has not been the dominant imperialist power in Africa, but nevertheless, it has powerful business interests in Africa that inflict daily attacks on the interests of the working class in the region. From Clinton to Bush, U.S. administrations have orchestrated unequal trade deals, investments, and loan programs in order to make a profit for U.S. companies in Africa, always to the detriment of the working class. And the U.S is not afraid to use its vast military might to protect these interests. Since 2008, U.S. troops have been active in more than a dozen countries in Africa, not to mention the thousands of drone attacks, air raids, and other operations that have wreaked havoc across the continent. Even in the middle of the pandemic, the United States has been raining bombs down on Somalia.

Though the oppressed in imperialist countries have a clear media “advantage” over their brothers and sisters in the former colonies, in that their struggle is greatly amplified, it is possible to use this to the advantage of the global movement for Black lives. For those of us fighting in the U.S. against systemic racism, it is crucial to also fight against the state’s racist policies abroad and support the struggles of Black people in the nations hardest hit by U.S. imperialism.

As socialists we must take up this struggle in the spirit of the revolutionary battle cry taken up by protesters across the world: “We are not free until we are all free.”