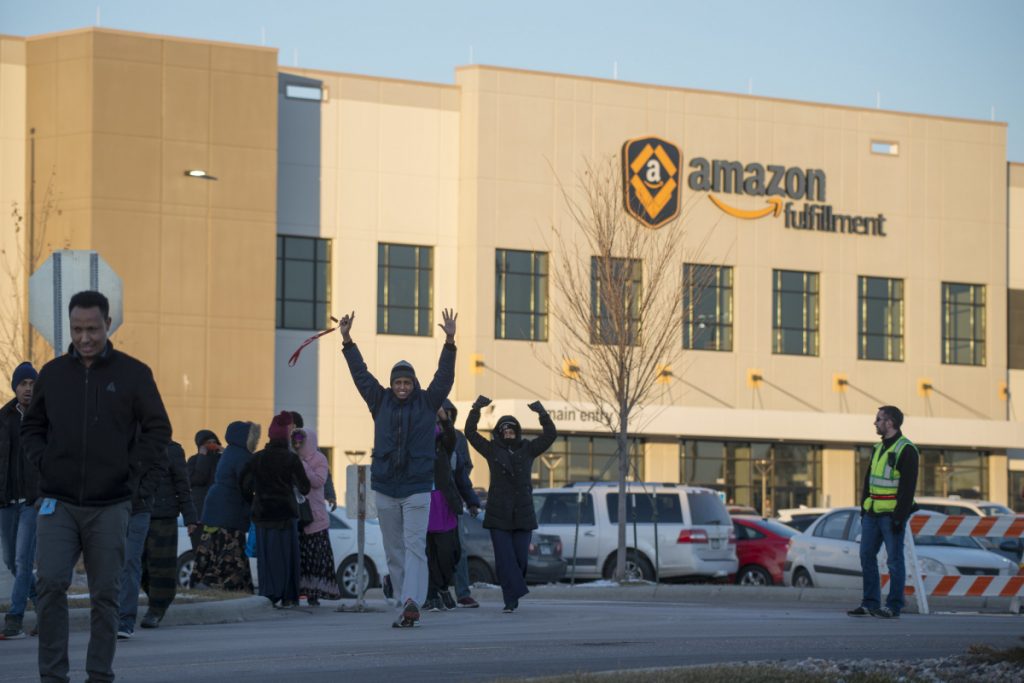 Early this year, workers at an Amazon warehouse in Bessemer, Alabama fought to unionize their workplace. Amazon used a variety of union-busting tactics — both legal and illegal — to keep the vote from passing. With about half of the warehouse workers participating in the vote, unionization was voted down almost two to one.

Now, eight months later, the National Labor Relations Board has called for a new election in Bessemer. Coming out of Striketober and with the Great Resignation showing discontent among workers, there is potential for Bessemer Amazon workers to revitalize the fight for a union in this new election.

Stuart Appelbaum, President of the Retail, Wholesale and Department Store Union (RWDSU), issued the following reaction: “Today’s decision confirms what we were saying all along – that Amazon’s intimidation and interference prevented workers from having a fair say in whether they wanted a union in their workplace – and as the Regional Director has indicated, that is both unacceptable and illegal. Amazon workers deserve to have a voice at work, which can only come from a union.”

From the outset, the organizing drive was a David and Goliath story. After all, Amazon is the second biggest employer in the country, and the Bessemer warehouse contributes to the company’s massive profits through the hyper exploitation of a predominantly Black workforce in a small, overwhelmingly Black Southern town. Amazon stock increased by 88% since the beginning of 2020 and Jeff Bezos’ net worth went up by an estimated $200.9 billion. To continue raking in those massive profits, Amazon needs an unorganized workforce.

During the first union drive earlier this year, Amazon invested in an epic anti-union campaign, spending more than $10,000 a day to stop the unionization effort. Workers at the Bessemer warehouse were subjected to countless anti-union meetings, hundreds of text messages, threats, and bribes. While there were anti-union signs in the bathrooms and anti-union meetings every day, there were no mechanisms by which the union was allowed to have that kind of access to workers.

Amazon even got the city of Bessemer to change the length of time that traffic lights were red in front of the warehouse in order to thwart organizers’ attempts to reach workers as they drove home. Private security and city police patrolled the warehouse to make sure that organizers were not conducting union business on Amazon property and that the press could not talk to workers. When a few Left Voice reporters took two steps onto Amazon property, they were immediately harassed by cops.

Further, it was uncovered that Amazon set up an illegal mailbox on the grounds of the warehouse to “collect votes” — a mailbox that disappeared right after the elections.

These are illegal repressive measures, so the union rightfully called foul. Amazon cheated and bullied their employees in order to win the vote.

Nevertheless, the RWDSU’s unionization campaign is in line with the “business unionism” model — it discouraged rank-and-file participation and relied primarily on Democratic Party figures to create “hype” for the union drive. As I wrote back in April:

The barren marriage between labor and the Democratic Party is exemplified by this Amazon unionization campaign. It substituted the protagonism of rank-and-file workers with big-name Democrats…It has been a losing strategy since the beginning. It isn’t a loss for Democrats, though, who now can pretend they are on the side of the working class in an immensely popular labor struggle.

But there is no substitute for the rank and file.

In order to win, not just a union, but a fighting union, the struggle must be by and for rank-and-file workers. It must be formed on a bedrock of democratic decision-making by workers who lead the struggle, not staffers and not RWDSU leaders. It must be forged in the unity of struggles between the Amazon workers and other sectors in struggle. In Alamaba, there is the need and an opportunity for solidarity between Amazon workers  who are fighting for a union and the miners who have been on strike for nine months to build a fighting labor movement in Alabama.

There are many possibilities for unionization and for increased labor actions, as tens of thousands of workers have gone on strike in the past few months and millions have resigned from their jobs. Workers everywhere, in fact, have used the leverage they gained during the pandemic and the reopening to win concessions from their employers. The workers at Bessemer are no exception. In this context, it is possible they could win a second union vote.

But if they do it will be despite, not because of the NLRB. While the NLRB clearly made the right call in this case, the board is not and never has been on the side of workers or of the labor movement. As James Hoff explains in Left Voice, the impact of the NLRA (which created the NLRB) was “the creation of a legalistic framework that brought labor and labor unions into the fold of the maintenance of capitalist production … Because the continued existence of unions had been made into a largely legislative issue, union nationals and their bureaucratic leaderships began to pour untold amounts of energy, money, and ideological efforts into lobbying and supporting imperialist Democratic Party politicians to maintain and increase legal rights for unions.” The legalistic framework of the NLRA and the Taft-Hartley Act that amended it has resulted in a weakened labor movement. By adding untold levels of bureaucratization to the process of unionization it has ultimately made it harder for workers to form unions and to take collective action against their exploiters.

If Bessemer Amazon workers are to win a union, it must be organized by the rank and file. Unionizing Amazon won’t be easy. As a miner Left Voice interviewed said, “When the [miners’ unions] was formed, it took blood. It took literally a war to start the united mine workers. It’s so hard to start a union … If [the working class] stands together, maybe we can start to change it.”

There are chapters of labor history yet to be written in which the united working class can and will do spectacular things. But this is only possible if workers are organized democratically at the level of the rank and file, independent of the capitalists and their parties, to fight for their own interests and the interests of their communities.