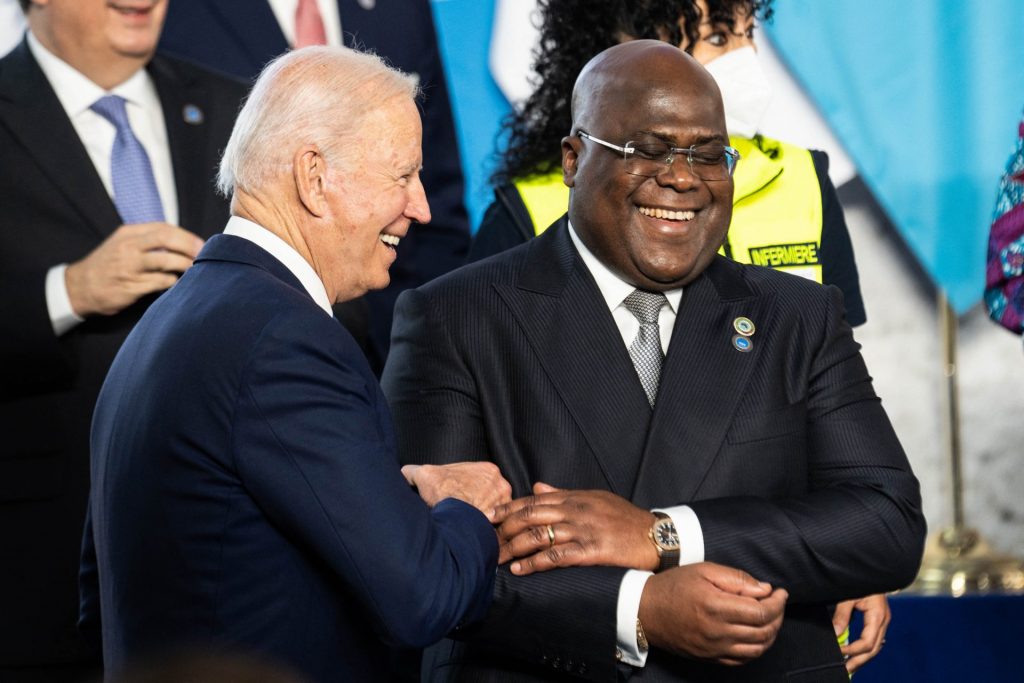 President Biden is hosting a three-day long U.S.-Africa Leaders Summit, and the U.S. Department of State is promoting it heavily. The administration is emphasizing how “more than 55 delegations and hundreds of young leaders, advocates, and entrepreneurs” will come to Washington, D.C. to discuss “shared challenges.” The White House even said that at the summit Biden will back a spot for the African Union in the G20. Like any strategy of U.S. imperialism, the Biden administration’s investment in the world’s poorest and Blackest continent is about the development of U.S. imperialism, not the power or leadership of the region’s working class.

As U.S. hegemony attempts to reverse its decades-long decline and counter a rising China, Africa is becoming one of the most important regions in this geopolitical rivalry. It is the most resource-rich continent in the world and its population of more than 1.4 billion people provides an easily exploitable labor force for multinationals to extract these resources. It is no wonder that Washington and Beijing are both putting strategic focus on making inroads in African markets. Indeed, just months ago, the Biden Administration released a National Security Strategy which included a focus on developing U.S. relations in Africa.

To be clear, the United States already has plenty of influence in Africa. As the world’s largest imperialist power by far, the United States has no shortage of military, economic, and diplomatic resources at its disposal to maintain its presence on the continent. In the 2010s, the United States greatly expanded its military presence there with AFRICOM, the U.S. command which oversees U.S. troops in Africa and develops close relationships with African militaries. Already, Biden has expanded AFRICOM, particularly through U.S. intervention in Somalia. The history of U.S. and other imperialist interventions in Africa have fueled instability and violence which threaten any perceived legitimacy of a U.S. presence on the continent. All this, while results of U.S.-funded development of the continent have been dismal. Despite the fact that the United States has invested an annual average of $40 billion in the African continent from 2000-2021, this money has simply kept African countries dependent on dollar remittances while providing no long-term infrastructure development.

Beijing has been able to take advantage of the role of the United States in Africa, which has been ruthless at worst, dismal at best. China does have a military presence in the form of its first foreign base in Djibouti, located in the highly strategic Horn of Africa. However, the main investments China has made in Africa are economic. The China Africa Research Initiative at John Hopkins University estimates that from 2000-2019, China issued an average of seven billion dollars in loans to Africa per year. Unlike with the much larger annual investment from the United States, China can point to infrastructure that has been built throughout Africa as a result of its investment in the continent.

Of course, this development of infrastructure is strategic, not philanthropic. Without the African working class owning and controlling this infrastructure, the economic development of Africa can only lead to more developed proletarianization and exploitation of the population. But as for the interests of the African bourgeoisie and middle class, China’s investments have been more beneficial than those of the United States, and this concerns the Biden administration.

Gone are the days where the United States could be confident in its unchallenged position in the world capitalist order. U.S. imperialism will need to make a better case for what it, not China, can offer the semi-colonial world. The U.S-Africa Leaders Summit and the larger strategy towards Africa laid out in Biden’s National Security Strategy are signs that the United States will expand its economic and diplomatic efforts in Africa to more effectively compete with China.

Caught in the middle of this capitalist competition are the workers and oppressed of Africa who will be further exploited and precarized for the benefits of capitalist profits. The economic investment by the world’s two great powers may be beneficial for developing the African capitalist classes, and even the middle classes in some cases, but it is the working class who should have control of Africa’s abundant resources and receive the full rewards of any development of the continent.

The U.S.-Africa Leaders Summit is one for the leaders of capital to meet and plan for how to best exploit African workers in the mutual interests of capital. Meanwhile, brutal U.S. military imperialism expands and fuels violence and instability across the continent. Since U.S. capital is building class solidarity to exploit and kill the working class in Africa, the U.S, working class must build class solidarity as well, rejecting U.S. imperialism in Africa in all its forms.