Biden’s Reversal on Refugees Is an Attempt to Regain Hegemony

Joe Biden has reversed his decision to set the admissions cap on refugees at 15,000, now allowing more in. This move is an attempt to pacify discontent about Biden’s betrayals on immigration. 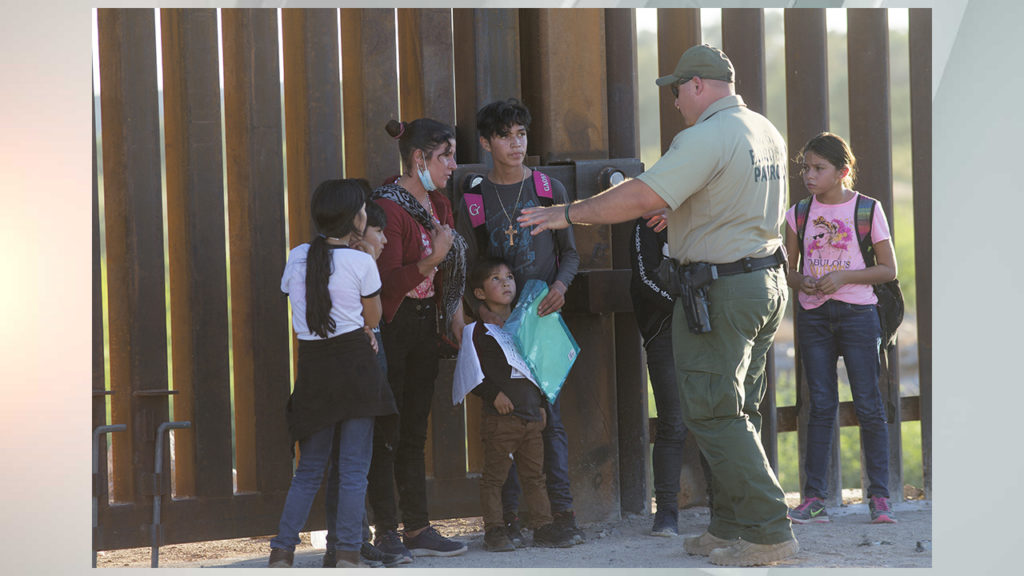 After making his first speech to Congress, President Biden has reversed a controversial decision made by his government and raised the admissions cap on refugees to 62,500. His previous executive order would have kept admissions to only 15,000, a record low and the same number as the one Trump set. This reversal comes amidst what bourgeois press and politicians are calling an “immigration crisis” at the Southern border. While, in reality, this immigration crisis is actually just a symptom of a larger crisis in Latin America, the fact remains that an unprecedented number of migrants are currently trying to cross the border. However, the real crisis is the way that these immigrants are being detained and repressed on both sides of the border.

Biden’s response has been among the most right-wing of his administration. Even while making overtures of being a progressive on domestic policy through his stimulus and infrastructure bills, Biden has often found himself angering progressives on the issue of immigration. He signed the executive order setting the cap at 15,000 and has insinuated that he will continue to build the border wall — though he has now reversed course on the latter. Most despicably, he has also kept ICE and their detainment camps in place and in some cases opened new camps.

So why, then, has Biden reversed this decision on the refugee cap? The answer is complicated and requires looking at the current political calculus of Washington, as well as Biden’s larger project of restoring U.S. hegemony.

To begin with the former, Biden has had to walk a fine line while in power. On the one hand, he won a relatively strong electoral victory — though not the landslide he was hoping for — and has full Democratic control of congress. On the other hand, the Democrats have the smallest possible majority in the Senate and large internal differences on several key issues, including the filibuster, D.C. statehood, Medicare for All, the minimum wage, and student loan forgiveness, just to name a few. In addition, Biden was elected with the broad support of several sectors of capital and owes substantial allegiance to them. So Biden, as president, has had to balance appearing bipartisan (given that he ran as a “uniter”), keeping his coalition together, and appeasing capital. This helps account for some of his zig-zags in office.

Immigration has been one of the few areas where the progressive wing of the Democratic Party has even slightly broken ranks with Biden. While their opposition has been almost entirely performative, several Democratic congresspeople spoke out against Biden’s immigration policy. Rep. Pramila Jayapal, the chair of the House Progressive caucus, accused him of breaking his campaign promises around immigration, and Rep. Alexandria Occasio-Cortez offered (very tepid) criticisms of Biden over the detention camps. This is in contrast to once key issues for this wing like Medicare for All and Student Debt Forgiveness that have now gone the way of the dodo with little pushback from progressives.

Immigration was one of the areas where there was the most popular resistance to Trump, and the greatest hopes in Biden. “No more kids in cages” was a popular slogan during the campaign and many cited immigration as a reason to hold your nose and vote for Biden. There were many large pro-immigrant demonstrations, and “Abolish ICE” became a popular slogan amongst many activists. The “Day Without an Immigrant” protest shut down McDonald’s nationwide, and other protests specifically targeted businesses that collaborated with ICE. The massive Black Lives Matter movement of the summer also included the call to abolish ICE. Protests against Trump’s muslim ban disrupted many airports in the early days of Trump’s presidency.

Biden thus faces a lot of political pressure to contain the immigrants rights movement that grew under the Trump administration and threatens to impact the profits of his capitalist benefactors through potential strikes and shut-downs. A resurgence of struggle around immigration could also threaten a break between the vanguard of the movement and the Democratic Party: the vanguard would be protesting the same party that claims they can ensure their demands in exchange for their support. In this, we see that the political pressure of the immigration rights movement helped win concessions from a Biden administration that was hoping to get away without making them.

We must also understand that Biden’s primary political project is the re-establishment of American hegemony both at home and abroad. The institutions of the U.S. state that once commanded hegemonic belief from the American people were severely damaged by Trump. Abroad, Trump’s frequent fumbles on the international stage and his isolationism alienated many allies and escalated tensions with rivals. Add to all of this the destructive impact of the United States’ disastrous handling of COVID-19, and Biden took power with the image of the state in shambles.

These motivations are also lurking behind many of the decisions that Biden has made as president. He re-signed the Paris Accords in an attempt to re-establish the United States on the world stage, he is escalating tensions with China in order to thwart their attempt to supplant the U.S. as a world power, and he is passing aggressive spending bills in order to get the economy re-started so as to compete in the world market again. Biden is the “Make America Hegemonic Again” president, though America’s hegemony never left — it has simply been damaged.

Biden’s shift on immigration can therefore be seen as a part of restoring American hegemony abroad. On the one hand, in order to maintain imperialist control, Biden must control the number of immigrants coming but, on the other hand, he also wants to re-establish the United States as a “moral force” in the world. In other words, he wants to bring back the illusion of the U.S. as a home of “democracy” and “freedom” which was so vital to ensuring the American working class’s belief in the hegemony of U.S. imperialism. By putting forward the line that the U.S. is a friend to refugees, Biden is attempting to return to an image of the United States that died with Trump. This, he hopes, will keep the U.S. public from questioning the institutions of the state which, in turn, will allow these institutions to operate with more impunity.

To this end, reversing the Trump cap on refugees — which is separate from the limits on asylum seekers and immigrants — is a way to offer some crumbs to those demanding action on immigration without really changing much of the actual way the immigration system works. Even Biden himself admitted that this rise is performative, saying, “The sad truth is that we will not achieve 62,500 admissions this year.”

This is the game that Biden is trying to play: make as few meaningful concessions as possible under the guise of reform without really changing anything about the way the system works. Joe Biden wants us to think of his administration as a friend to migrants, but has only reunited four of the families separated by ICE.

The truth is that any cap on refugees — be it 15,000 or 62,500 — will only serve to continue the humanitarian crisis happening in Latin America. Decades of imperialist domination and the ongoing coronavirus pandemic have decimated much of Latin America, leading both to the surge of migrants across the southern border and to the struggles breaking out in the region. The positive headlines Biden is getting for reversing his decision on the refugee admissions are only hiding the fact that Biden — during his decades in government — is one of the architects of the neoliberal era and thus one of the primary people responsible for the crisis in Latin America. Biden and his ilk got us here. We must fight for an end to immigration and refugee caps as well as the full abolition of ICE. In addition, we must recognize that only an end to the capitalist system and the borders they violently enforce will truly bring an end to the humanitarian crisis in much of the Global South.