Democrats and Republicans Amp Up Copaganda Ahead of Midterms

Republicans campaign on being “tough on crime” and portray the Democrats as “soft on crime.” But both parties are pro-police, and have amped up their copaganda ahead of the 2022 midterm elections. 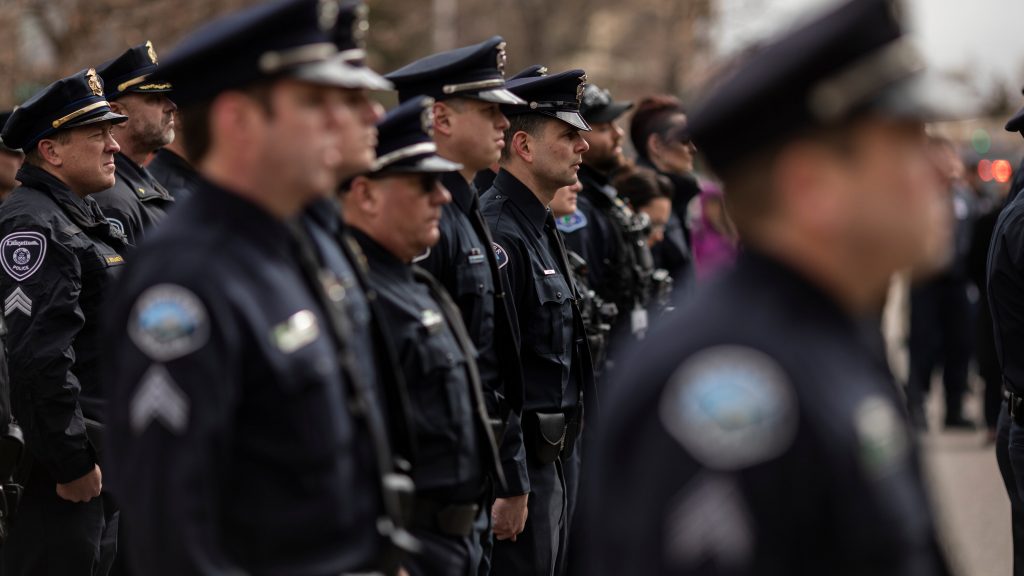 Despite Republicans’ attempt to paint Democrats as “soft on crime,” the truth is, as a party of capital, they also love the cops and can’t wait to proclaim that they’re also “tough on crime.” The truth is that both parties are racist parties of capital, and Democrats don’t hesitate to proclaim how much they support the police, who exist to maintain inequality and repress those who resist.

For the 2022 midterm elections, crime has been one of the top issues (along with the economy). The recent fearmongering about crime is backlash against the 2020 Black Lives Matter uprising, bail reforms, and “progressive” district attorneys, coming from Republicans and Democrats alike. But this isn’t just about the midterms. Much of this “refund the police” and “tough on crime” rhetoric is an effort to rebuild the “legitimacy” for the police after 2020.

Safety is important, but the police do not keep us safe. In fact, they exist to uphold capitalism and maintain inequality, inequality that’s inherent to capitalism. Upholding the laws of the state, which criminalize poverty and thrust millions of people into the clutches of the racist and classist “justice” system, the police do not address the root causes of the inequality that motivates much of what the state defines as “crime,” such as worsening social conditions and increasing economic instability.

The following, a mailer for a Democratic New York State Senate candidate, is just one of many examples of how Democrats are also pro-police — and make sure you won’t forget it.

In the recent New York gubernatorial debate between incumbent Democrat Kathy Hochul and Republican Lee Zeldin, one of Hochul’s responses to Zeldin’s constant panic about crime was that she wants more police and surveillance cameras in the New York City subway, and that she works with Mayor Eric Adams, a former NYPD officer who’s vocally “tough on crime.” Of course, we must understand that “tough on crime” is code for the further criminalization of Black and Brown people, and that “gun control” is one of many results of this. Democrats are also one of the main defenders of police violence, either covering up police brutality — as in the case of Chicago mayor Rahm Emanuel — or justifying the actions of police officers and “following procedure.”

Nationally, the Democratic Party, both its centrist and left wings, ardently supports the police. Biden proclaimed that “the answer is not to defund the police. The answer is to FUND the police with the resources they need,” in his State of the Union address. Even “socialist” Bernie Sanders has called for higher salaries for cops.

In 2020, after the police murder of George Floyd, Democrats proposed tepid reforms in response to the uprisings. As expected, they trotted out (and continue to trot out) the same lines about “a few bad apples,” at the same time local Democrats were overseeing and defending police repression of the movement. Democrats funneled the energy of the 2020 uprisings into the elections, showing their role in co-opting movements of the oppressed — but are ultimately on the side of the police, because they are the repressive forces that uphold this capitalist system.

Every election, Democrats feign concern for workers and the oppressed while also supporting the state forces that terrorize oppressed communities, especially Black and Brown communities. No matter how “progressive” it tries to portray itself as, the Democratic Party fundamentally exists as a capitalist party, and it is no friend to workers and the oppressed. Democrats have made abortion the focus of their campaigns this election cycle, yet they also support more funding for the cops who will enforce abortion bans and repress protesters.

We need a working-class party because neither party is for us. Many vote for Democrats as the “lesser evil,” but they can never truly represent those oppressed. Police brutality will not be solved or mitigated by voting for a party that has explicitly put itself on the opposite side of the most important uprising in recent history. The Democrats support even more police funding, while working and poor people — particularly people of color — do not have enough to survive, do not have clean water, etc.

Instead of wasting resources and time knocking on doors and fundraising for candidates of a party that values cops over the demands of working-class and oppressed communities, we need to instead invest that energy into building organizations that truly represent us. We need a party that will fight so that not a single penny goes to the cops while working and oppressed people cannot put food on the table. While it might seem like an impossible task, it is no more impossible than the truly impossible goal of reforming a bourgeois party.