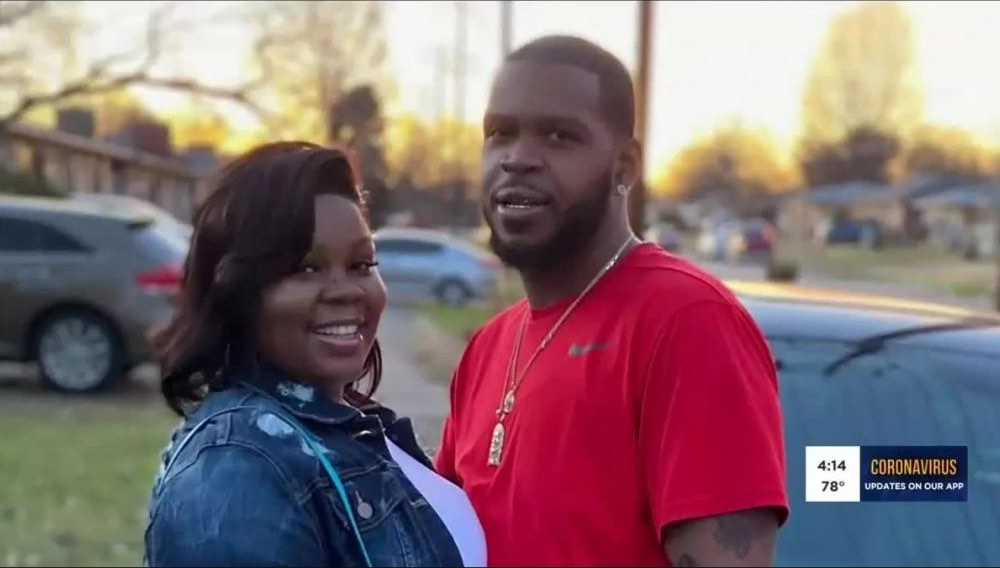 Police officers in Louisville, Kentucky, murdered Breonna Taylor as she slept. Taylor, an EMT, and her partner Kenneth Walker were in Taylor’s apartment when, at 1 AM, police kicked down their door to enact a “no knock” search warrant as part of a narcotics investigation. When he heard people breaking down his partner’s door, Walker called 911 and used his legally licensed firearm to shoot at the intruders. The police fired more than twenty rounds and shot Taylor eight times. It is now known that the suspect that the police were attempting to track down was already in custody at the time of the attack.

In the days since her murder, it has come out that one of the officers involved in the shooting had previously been sued for excessive force and that none were wearing body cameras. Kenneth Walker was arrested that night and was held in jail until Friday on charges of attempted murder and assault — all because he defended himself and his partner from an attack! Walker is the only person involved in the murder of Breonna Taylor to have spent any time in jail.

Given that the police were operating under a “no-knock” warrant, it is especially ridiculous that they are currently claiming that they “knocked multiple times and announced their presence in an attempt to get occupants to answer the door.” In essence, the police are trying to claim that they obtained a “no knock” warrant and then proceeded to knock. To say that this strains credibility is a massive understatement.

No Rights for Black People

This case reveals the farce that is the American criminal justice system. Time and time again, the police force is allowed to act with total impunity while Black people are murdered, despite following all the rules. Walker was the legal owner of a firearm and used it in a moment that epitomized why many encourage gun ownership: the nightmare scenario in which armed men burst into your home in the middle of the night and you must protect your loved ones. He exercised his rights in the situation in which he found himself. However, because the home invaders were agents of the state and Walker and Taylor were Black, it is totally justifiable for them to kick down someone’s door in the middle of the night and shoot them as they sleep.

It is not only agents of the state, however, who get away with racist violence. As the example of Ahmaud Arbery shows, white vigilantism and violence against Black people is totally permissible for private citizens as well. In the case of Arbery, it took months to arrest two men who chased down a jogger and murdered him in the street. It brings to mind the George Zimmerman case, in which a vigilante was able to murder a Black teenager and get away with it. Time and time again the police, the courts, and the states have proven that Black lives are disposable to them.

This case also reveals, once again, the incredible hypocrisy of the National Rifle Association (NRA) and the politicians that they fund. For years, the NRA has been funding Republicans and spouting pro-gun rehtoric. Yet they are consistently silent when Black gun owners are murdered by the state. This is a disturbing reminder of the absolute silence from the gun lobby after Philando Castile, another Black gun owner, was killed in front of his girlfriend and her young child after revealing to police that he had a licensed concealed weapon. Walker was jailed for using his gun in the very scenario that exemplifies why people would want a gun: personal protection for himself and his partner from armed intruders. As Walker’s attorney asked: “Don’t African Americans have the right to the Second Amendment?” The U.S. justice system answers with a resounding “no.” The real assault on gun ownership in this country is against Black gun owners; the so-called gun advocates remain silent.

No Hope in New Investigations

A lot of noise is currently being made by politicians about investigating Taylor’s murder. This week, the FBI announced that they would be undertaking an investigation. However, even a cursory look at the history of the FBI clearly shows that they are more than willing to turn a blind eye to racist state violence (when they are not perpetrating it themselves). This is the same FBI that targeted and destroyed Black political organizations like the Black Panthers. They can not be trusted. The racist criminal justice system offers no justice for Black victims of state violence.

While the charges against Walker have now been dropped, it is clear that the Louisville Police Department was trying to use Walker as a scapegoat for Taylor’s death. Indeed, in the announcement that they were dropping charges, the door was left open for charges to be brought again “after further investigation.” We cannot allow this to stand. The killer cops must be jailed and we cannot trust the police force to investigate themselves. From Breonna Taylor and Kenneth Walker to Ahmaud Arbery to Sean Reed, we are seeing a rise in police and white vigilante violence against Black people. This must be combated by a unified working class, standing together to fight against racist violence. Justice for Breonna Taylor!