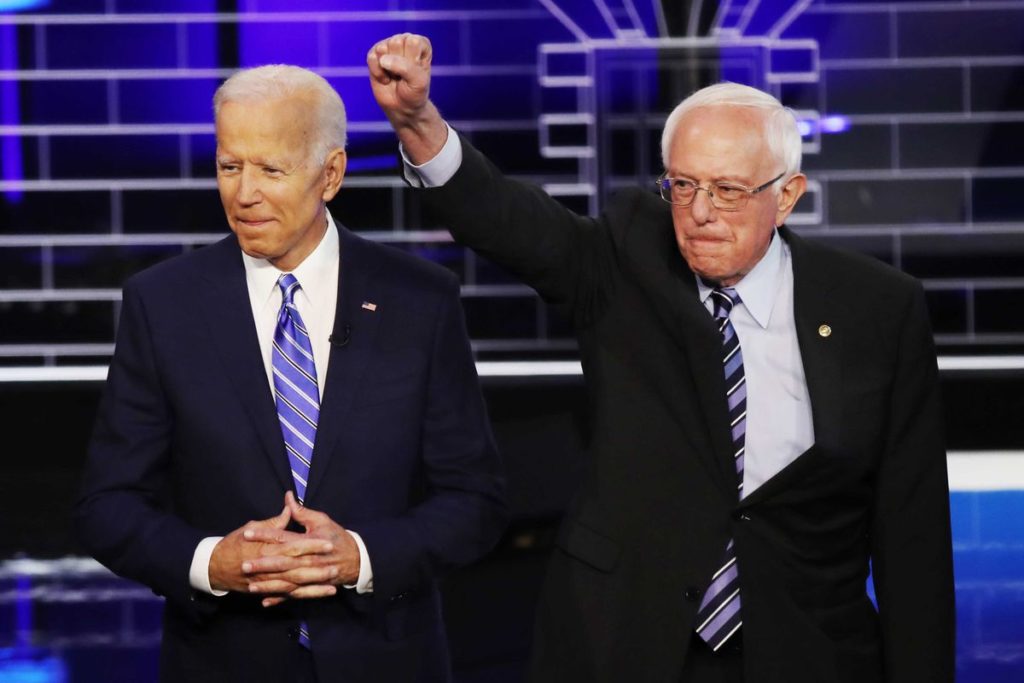 On Wednesday, a joint task force created by Bernie Sanders and Joe Biden released a 110-page document of policy recommendations for the Democratic Party platform. Focusing on six key areas — climate change, healthcare, the economy, criminal justice, immigration, and education — the recommendations supposedly constitute a progressive agenda. However, the document does not include key Sanders policies like Medicare for All and a Green New Deal, and waters down many others. In the end, the recommendations are in line with Biden’s capitalist program, and demonstrate the pitfalls of working within the Democratic Party.

The task force was announced in May, a month after Sanders dropped out of the presidential race, and was composed of prominent supporters of both politicians. Throughout the presidential primary, Biden was criticized for his moderate stances, his focus on restoring the pre-Trump era, and his unwillingness to address the deeper roots of the ongoing crises in the U.S. His dismal results in early state primary races showed that his business-as-usual message was uninspiring, particularly to younger voters. Biden’s joint task force was an effort to reach out to more progressive voters, and to win over Sanders’s base before the election in November.

The document released on Wednesday includes a few of Sanders’s policies: a $15 minimum wage, ending cash bail and private prisons, 12 weeks paid family and sick leave, a repeal of “right to work” laws, and the creation of a postal banking system. But while news outlets lauded the document as an “ambitious, progressive agenda” and a leftward move by Biden, a closer examination of the policy recommendations shows that very little of Sanders’s agenda is part of the document.

Many of Sanders’s policies were substantially watered down or replaced with vague, incrementalist recommendations. Public college would only be free for students from families making less than $125,000 per year, and only public service workers would be able to cancel up to $10,000 of student debt. While suggesting an increase in the number of refugees allowed into the U.S. each year, the document does not recommend the decriminalization of unauthorized border crossing. Rather than supporting a jobs guarantee, the document merely states that, “the government must enact measures to create jobs and jobs programs,” without specifying what these measures are.

Other core parts of Sanders’s agenda were completely excluded from the document. The text does not mention a Green New Deal, but moves Biden’s goal for 100% clean energy up by 15 years, from 2050 to 2035 — a move lauded by progressive Democrats like Alexandria Ocasio-Cortez. However, the proposals do not include a fracking ban or, perplexingly, any plans to phase out fossil fuel extraction. Instead, the recommendations focus on carbon capture and storage technologies which have not yet been proven to work at scale. We are in a climate emergency — these recommendations are woefully inadequate and should not be applauded.

Unsurprisingly, the document also does not mention Medicare for All, and instead affirms Biden’s longstanding support for the Affordable Care Act and private health insurance. The recommendations instead include many technocratic fixes such as premium subsidies for those who qualify for COBRA during the coronavirus pandemic and permission for Medicare to negotiate drug prices. While the document includes a blueprint for introducing a public option — a result of pressure from task force members like Dr. Abdul El-Sayed — the ambiguous wording may instead entrench the current dysfunctional system. Notably, nearly 70% of Americans support Medicare For All, including the vast majority of Democrats and 46% of Republicans.

The task force also did not recommend legalizing marijuana. On this policy, Biden is not only out of step with progressives, but with the country in general: a majority of both Democrats and Republicans support legalization, and many states that are critical for Biden to win in November, such as Michigan, have voted to legalize it.

Other popular demands raised by Sanders supporters in the task force (though not necessarily supported by Sanders himself) were also eschewed. The document proposes a “study” on reparations for Black Americans and a congressional task force on paths to citizenship for undocumented people, rather than fully committing to either reparations or citizenship. The document outlines investment in community policing, in line with Sanders’s stance against abolishing or defunding the police. The task force recommends a ban on for-profit charter schools and “stricter oversight” on all charter schools, but does not suggest a ban or even a reduction in the number of such schools.

“Nothing Will Fundamentally Change”

Importantly, these are only policy recommendations — Biden has not promised to adopt any of them, and they will first be examined by a platform drafting committee. The committee is full of business-friendly establishment Democrats who are likely to further water down the few progressive-leaning demands. This is precisely what happened in 2016, when many demands from the Sanders wing of the party were voted down in a victory for corporate interests.

Indeed, corporate interests have already expressed that they are not concerned with the policy recommendations. Financial advisory firm Signum Global Advisors said in a note to its clients — bluntly titled “A fresh reminder that Biden won’t be beholden to the Progressives” — that, “the report is very aspirational; it pays lip service to some of the party’s more progressive ideas, though has few specifics about how ideas will be achieved, and generally repeats most of the moderate ideas from the Biden campaign’s website.” Statements such as these confirm the overtures that Biden has already given to his rich donors: “Nothing would fundamentally change” if he were elected.

In response to these task force recommendations, Bernie Sanders said, “Though the end result is not what I or my supporters would have written alone, the task forces have created a good policy blueprint that will move this country in a much-needed progressive direction and substantially improve the lives of working families throughout our country.” He later said that Biden would likely be “the most progressive president since FDR.”

These statements may seem surprising considering how few of Sanders’s policies were actually included in the document, but it is consistent with his full-throated endorsement for Joe Biden since he dropped out of the race in April. Sanders and his supporters have viewed his campaign and his presence in politics as a way to pressure the party to move left. However, in addition to supporting Biden’s candidacy, Sanders has now given Biden his “socialist” seal of approval while giving up on progressive — nevermind socialist — demands.

The document released by the joint task force reveals the failure of the attempt to use the Democratic Party to advance leftist politics. Even when a self-proclaimed socialist with enormous popular support is invited to provide policy input, the outcome is inevitably friendly to corporations and to the Democratic establishment. Far from moving the party leftward, politicians like Sanders help give it a veneer of progressivism, all while affirming its capitalist program. So-called progressive Democrats will give up on even the most tepid of reforms, and then congratulate themselves on rubber-stamping a right-wing agenda.

This is because the Democratic Party is fundamentally a bourgeois capitalist party. It exists to protect and advance capitalist interests, and as such it will always belong to the establishment rather than to the working class. The party establishment and its capitalist supporters will always find a way to block meaningful progressive reforms. We must therefore also break with Sanders, whose role is to prop up the Democratic Party and provide the uninspiring Biden campaign with a patina of progressivism. We must also abandon the notion of lesser evilism, and recall that the same people harmed under a Trump presidency will be harmed under a Biden presidency. Now, more than ever, we need a working-class party independent of the capitalist parties, one that will uncompromisingly fight for workers and for socialism.