Sanders’ Police Reforms Include a Wage Increase for Cops

Amidst unprecedented uprisings in the United States against racist police violence, Senator Bernie Sanders has called for cops to be paid higher wages in an effort to promote more “humane policing.” The solution to police brutality is abolition, not increased funding for police departments. 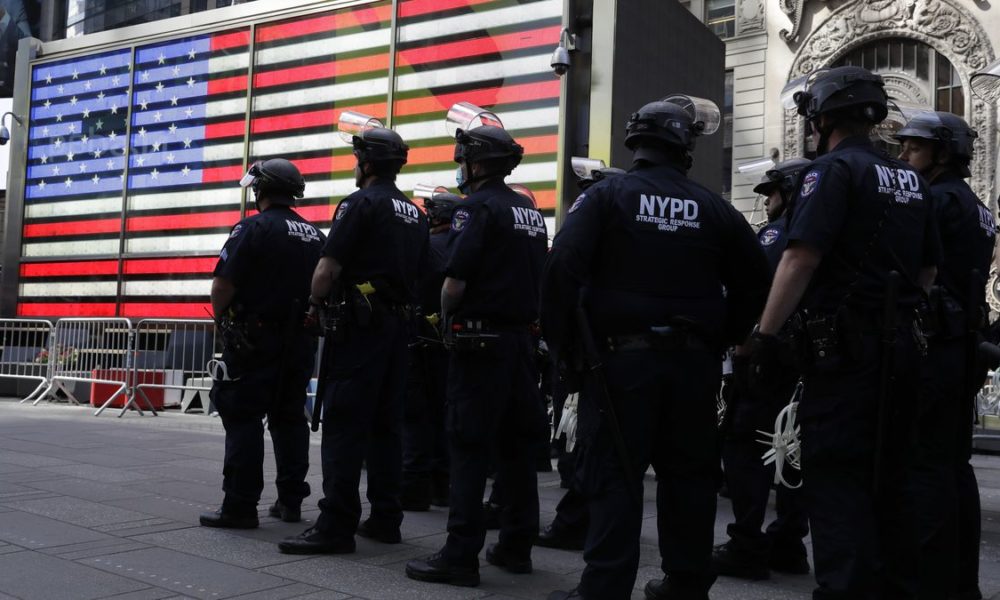 Protests over the murder of George Floyd by Minnesota cop Derek Chauvin and over police brutality have occurred in all 50 states in the U.S. with large protests happening every night in major cities. These protests have largely been led and attended by young people. Undoubtedly many of the quickly radicalizing youth in the streets campaigned and even voted for Bernie Sanders in his presidential bid. But what has Sanders done in return for those out demanding justice? He put forward a tepid reform plan which calls for increasing police pay.

Less than two months ago, Senator Bernie Sanders announced the suspension of his campaign for president of the United States. Over the last year and a half, Sanders had become somewhat of a messianic figure for the left, promising a “political revolution” based on social democratic reforms. However, despite Sanders’ lofty rhetoric throughout his campaign calling for “our revolution” to change American society into one that is more just and equitable, he has been nearly silent as the country has started to actually demand that change in the streets. Since the eruption of mass nationwide and international protests, Sanders has done hardly more than put out a few paltry tweets which vaguely address the issues which protesters have been fighting for in the streets. In fact, a popular hashtag on Twitter began to trend noting Sanders’ absence from the national dialogue asking #WhereIsBernie. Since the demonstrations began, Sanders has made no public appearances nor intentionally or meaningfully addressed the uprisings.

However, on Wednesday Sanders put out a letter which outlines eight policy proposals that the senator says would, if implemented, “contribute greatly to the eradication of police violence in this country.” These include abolishing qualified immunity and making records of police misconduct publicly available. Among these somewhat progressive, albeit lukewarm, reforms, is also the call to give cops more money: “As part of this effort to modernize and humanize police departments we need to enhance the recruitment pool by ensuring that the resources are available to pay wages that will attract the top-tier officers we need to do the difficult work of policing.” In other words, he thinks that cops should be paid more to continue doing their job of upholding racist laws and protecting private property.

This runs counter to everything that the Sanders’ supporters in the streets believe in. Even Jacobin, which for months sang the praises of Sanders, has called for the police to be defunded. Similarly, the DSA, which nationally supported and campaigned for Sanders, has taken up the campaign to defund the police. But a vague call to “defund the police” isn’t enough. As socialists we must push for cops to have a zero dollar budget and be abolished along with the racist capitalist state they defend.

Police departments already have exorbitant budgets. In New York City, for example, the police had a budget of $6 billion in 2019 which amounts to more than the budgets for the Departments of Health ($1.9 billion), Homeless Services ($2.1 billion), Youth and Community Development ($872,000), and Small Business Services ($293,000) combined. Cops are already paid much better than other public employees, including teachers and professors. The average base pay of an NYC cop is $100,571 whereas the average base pay of an NYC teacher is $55,404 (which is already 30% higher than the national average). This money could instead go to useful public services such as free public universities, improved and free public transit, universal childcare, drug rehabilitation, and so much more.

Bernie Sanders thinks that giving cops more money will attract “top tier” and morally upstanding cops and dissuade them from violent behavior. It has a deeply offensive implication that people who are lower paid are more prone violence. We’ve never seen any McDonald’s workers with the brutal track record that police have.

It is impossible to have a police force on the side of working class people and people of color. Cops are part of a system meant to enforce racist laws. Like the motto says, the police “protect and serve” — they protect property and serve the rich while terrorizing the Black community. That is their role. The origins of the police go back to slave catchers and strike breakers. And today, the police force makes conscious decisions to hyper police communities of color. The role of the police is evident as we look at the disparate responses that police have taken towards the recent protests. Armed white protesters demanding to reopen the economy at the service of capital who screamed in the faces of cops were met with no retaliation whatsoever. Peaceful Black protesters, as well as protesters of other races, demanding justice for George Floyd and an end to racist police violence, however, have been met with beatings and arrests. Even amidst national protests against police violence, police are killing protesters.

While Sanders thinks that cops can be incentivized to be more humane and practice restraint, they will always be tools of a racist capitalist system. This is their role, and salary increases will not stop their violence and brutal oppression.