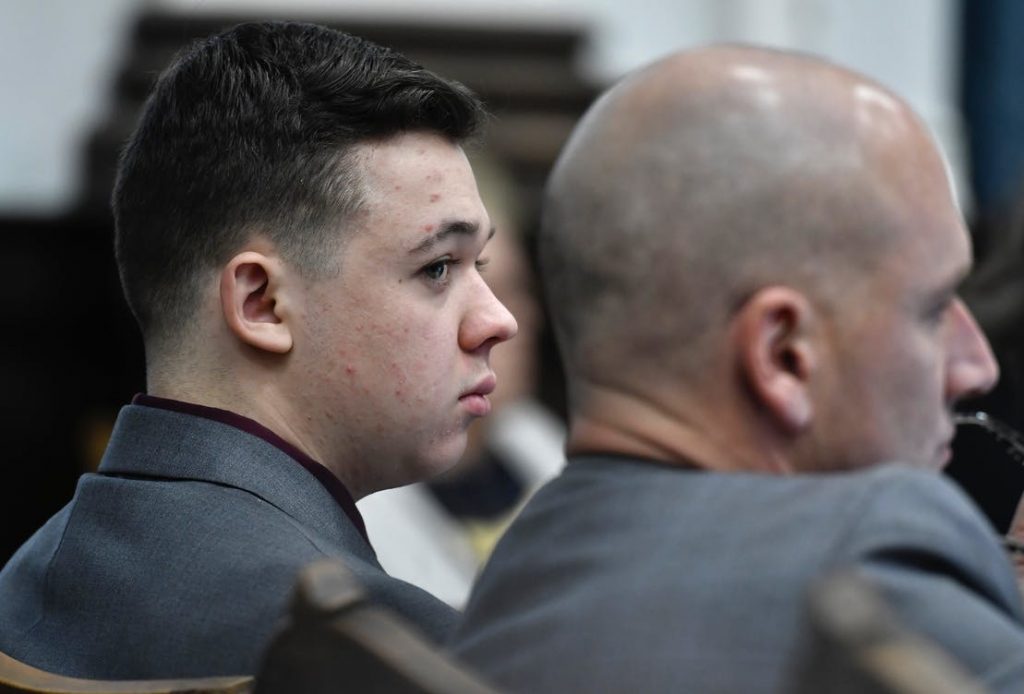 On November 19, 2021, Rittenhouse was acquitted by the almost all white jury of all charges. In August 2020, then 17-year-old Rittenhouse had traveled to Wisconsin from Illinois to protect private property during the protests after the racist police shooting of Jacob Blake. On August 25, 2020, Rittenhouse shot and killed Joseph Rosenbaum and Anthony Huber with an illegally acquired assault rifle. He also shot Gaige Grosskreutz who survived.

The trial was a circus show where Judge Bruce Schroeder made himself the center of attention as a result of his benevolence towards Rittenhouse. The judge ruled that Rittenhouse’s victims could not be called “victims,” but could be called “looters”, “rioters” and “arsonists” if proven that they engaged in such actions. He did not allow evidence of Rittenhouse’s connection to Proud Boys or the fact that two weeks prior to him shooting three people, Rittenhouse had said that he wished that he had his gun so that he could shoot criminals. During the proceedings, the judge’s cell phone went off and his ringtone was Lee Greenwood’s God Bless America, a song often played at Trump rallies. In a bizarre move, on Veterans Day the judge asked the court to applaud a defense (use-of-force) witness who happened to be a veteran. Judge Schroeder even made a racist joke about Asian food and also dismissed a charge of weapons possession by a minor. He then went on to allow Rittenhouse to randomly select jury members who would deliberate in his trial. Judge Schroeder’s bias towards Rittenhouse led one Minneapolis protester to refer to him as Kyle Rittenhouse’s “Old grandpappy judge” after the verdict.

The interesting tidbit about Judge Schroeder is that he was appointed, not by a Republican but by a Democratic governor in 1983, and has continuously won every election since then. However jurists appointed by capitalist Democrats or the Democratic party leaders themselves who fraternize with white supremacy should not surprise anyone. Time and time again, the Democrats have thrown people of color under the bus for profit. We need to shatter the myth that the Democratic party is the lesser of two evils. Barack Obama deported a record number of migrants and was aptly called the “Deporter in Chief.” Obama chastised young people for wanting to defund-the-police while breaking an NBA strike and having a star studded birthday party in the middle of the pandemic where people are dying. Joe Biden is known as the architect of the racist prison industrial complex. His Build Back Better bill left out paid family leave, free community college, lower drug prices and dental and vision insurance coverage, and meaningful climate action. After the Rittenhouse verdict, Biden said, “the jury system works and we have to abide by it.” Even so-called “progressive” politicians like Alexandra Ocasio Cortez end up upholding the racist capitalist system. This was recently made evident by her failure to vote against the $1 billion dollar funding for Israel’s missile defense system that it uses to carry out genocide of Palestinian people.

The ruling class has also tried to co-opt social justice movements by making them less militant and funneling their energy into the Democratic party. The Black Lives Matter Global Network came under fire by its own chapters for being in bed with the capitalist, pro-police Democratic Party. This, along with the ousting of Trump and the collective exhaustion from the Covid-19 pandemic, has resulted in a kind depoliticization amongst progressive leaning people. Protests have been lacking in energy, often organized by the same megaphone carrying professional organizers that call out the system but then tell us to vote. Many people, after not seeing other options before them, end up deferring to the misleaders and capitalist media pundits by putting their faith Democratic party, thinking that whatever the Democrats do, that it will not be as bad as the atrocities that Republicans are capable of.

Then there are people who have put their entire energy into mutual aid efforts. While mutual aid is incredibly important in showing solidarity with community members facing hard times, it is focused on sharing limited resources in localized groups during capitalist crises. These crises would not occur in the first place if it were not for ruling class greed. Mutual aid resources eventually dry out and activists get burned out. What mutual aid does not do is build revolutionary power to expropriate the wealth that is being hoarded by the ruling class; wealth that they have amassed from exploiting our bodies for labor.

Neither the Democratic party, nor mutual aid will free us from being endlessly exploited by the ruling class for profit. It is up to the working class and the oppressed to realize our power. We run this society and we can shut it down. Left Voice member Carmin Maffea accurately said at a protest against the Rittenhouse verdict that in addition to taking the streets and blocking traffic, if we stop working for the sake of Black Lives and come together as one international working unit, then together we can get a real revolution and shut the racist capitalist system down.