Which Side Are You On?: DSA Fails to Expel Pro-Zionist Congressman Jamaal Bowman

The DSA national leadership has decided not to expel Rep. Jamaal Bowman, the Democratic member of Congress from New York City. The decision is a betrayal of the Palestinian people and internationalism. 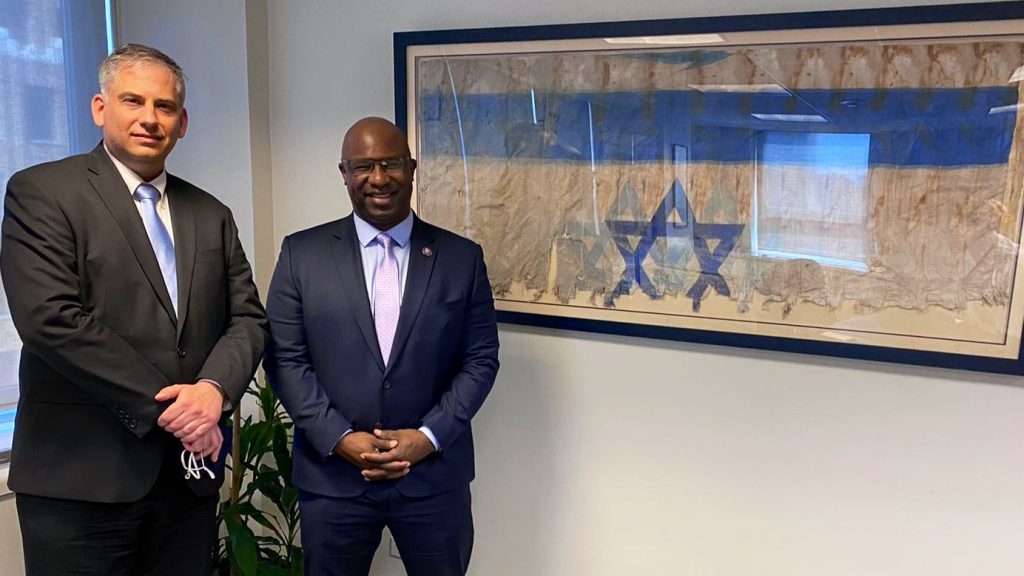 At last, weeks after members of the Democratic Socialists of America (DSA) and Palestinian rights groups called for the expulsion of Rep. Jamaal Bowman (D-NY) over votes for more Israeli military funding and a recent propaganda trip to Israel, the organization’s National Political Committee (NPC) has made its decision: Bowman will remain a full DSA member. Instead, the leadership body will withhold any future endorsement of candidate Bowman if he does not fall into “alignment with expectations” — expectations that are quite vague.

Ultimately, the NPC’s statement and defense of Bowman is a betrayal of the Palestinian people and internationalism, and a muddled defense of continuing to work within an imperialist party that will never side with the oppressed.

The conflict over Bowman reached a boiling point last month after his trip to Israel. But in his 11 months in office, Bowman has repeatedly sided with Israeli oppression against Palestinians. In July, he voted to give more military aid to Israel — days before he spoke at the DSA convention kickoff — and in September he voted to provide funding for Israel’s Iron Dome missile system. Both votes occurred mere months after Israel’s latest bloody offensive against Palestine, which left more than 250 dead, including 66 children.

After several DSA chapters and the Boycott, Divestment, Sanctions (BDS) and Palestine Solidarity Working Group demanded Bowman’s ouster, the NPC met with the congressman and yesterday released a statement indicating that he will not be expelled.

At the core of the NPC’s defense is the claim that expulsion would be “counter-productive,” and that Bowman’s presence in the organization “could play a vital role in the fight for Palestinian liberation.” The NPC cites as evidence the fact that, compared to his openly Zionist 2020 primary opponent Eliot Engel, Bowman presents himself as“progressive” on Palestine, and has on several occasions raised the plight of Palestinians. What the NPC statement omits is that statements like Bowman’s are typical of the “bothsidesism” that emphasizes Israel’s right to defend itself and that often even validates Israel’s sovereignty over Palestinian territory.

The NPC also claims that politicians have shifted politically as a result of pressure from the Left, asking, “Was it a mistake then for the left to commit to helping Tlaib and Ocasio-Cortez to shift politically instead of splitting with them?” It is worth asking what exactly these “shifts” are, and in what ways they have materially improved the plight of Palestinians. These “squad” members’ actions — their votes and, in Bowman’s case, propaganda trips — have been in line with pro-Israeli forces since they took office.

The NPC appears to justify Bowman’s rejection of the BDS movement — which the DSA has officially embraced — by claiming that Bernie Sanders, Alexandria Ocasio-Cortez, and Rashida Tlaib (the latter two are DSA members) all also do not support it. Here we need to be clear: not only have AOC and Sanders not supported BDS and refused to vocalize strong criticism of Israel, but, just like Bowman, they have also voted for more military funding for the Zionist regime, and Sanders has a decades-long record of support for imperialism.

The fact that Bowman is not the only DSA member endorsed for election to office who fundamentally disagrees with positions of the organization’s politics does not mean that it should continue to move the goalposts, opportunistically, to accommodate as many progressive politicians as possible. Rather, politicians who refuse to stop supporting imperialism have no place being endorsed by socialist organizations, least of all being members of these organizations.

It is unconscionable that the DSA’s “strategy for achieving material justice for Palestine” is to rubber-stamp politicians who vote to give billions to a country that occupies Palestinian land, uses its military to oppress Palestinians with impunity, demolishes homes and destroys livelihoods, and routinely murders children. For all the NPC’s talk of “material” gains in the fight for Palestinian liberation, Bowman and the members of the “squad” have helped provide material support for apartheid and Palestinian repression. These politicians’ support for Zionism and imperialism is not merely rhetorical — they have, again and again, backed concrete actions that have deadly consequences for Palestinians.

The NPC cynically claims that expelling Bowman would actually hand “the perfect tool to the establishment to stoke divisions within the Palestine solidarity movement, the left and the working class, and play into the strategy of divide and conquer. It is exactly what our enemies want.” But what stokes divisions is not expulsion or accountability;  it’s the betrayal of the movement for Palestinian liberation that does so. The NPC, in fact, has given the “establishment” exactly what it wants: legitimization of these anti-Palestinian votes, putting a progressive face on the oppressive status quo.

The statement is notable for its vagueness and lack of transparency. The NPC writes, “[we] will not re-endorse Bowman unless he is able to demonstrate solidarity with Palestine in alignment with expectations we have set.” What, exactly, are these expectations? Rank-and-file DSA members certainly have not been made privy to these undemocratic discussions. The NPC instead claims that it needs to, “maintain a high degree of discipline about what we communicate publicly, lest we fuel Zionist media narratives.” The DSA has made clear that there is no line that its endorsed politicians cannot cross, whether BDS  or voting for exorbitant, imperialist military budgets. The message to Bowman is that he can still count on the support of progressives and even a self-described socialist organization despite his blatant betrayal of anti-imperialist principles and the Palestinian people.

As for a meaningful solution to avoid this situation in the future, the NPC writes that it will instead double down on its electoral focus, saying that it will “further develop our electoral training program and initiate a Socialists in Office committee where the NPC will oversee relationships with direct strategy in greater coordination with DSA elected officials.”

But this approach aims to mask the political bankruptcy of the DSA’s approach. It is impossible to paper over political problems with organizational fixes and more convoluted bureaucracies. The political problem is that the DSA works within a capitalist, imperialist party that is unwavering in its material support for Israeli aggression and apartheid. The Democratic Party will never be the vehicle for achieving anti-imperialist, socialist aims, and its politicians, including Jamaal Bowman, will always be accountable to the ruling class, embracing its positions.

These are profound contradictions in the DSA’s strategy, exacerbated by the organization’s rightward shift, including even by its more left-leaning caucuses. Bowman’s behavior, too, is consistent with the shift of its members who have been elected to office and have become so-called “pragmatic progressives.” Such shifts are not surprising — they are the unavoidable consequence of embracing a strategy of working within a capitalist, imperialist party.

In order to fight and win victories for the global working class and the oppressed, we need to organize independent of the two parties of capital. Only an independent working-class party can win this fight; one that doesn’t throw Palestinians under the bus, and one that is steadfast in its opposition to imperialism.