Democratic candidate Terry McAuliffe is in a dead heat with his Republican opponent ahead of Tuesday’s gubernatorial race in Virginia. The vote will be seen as a referendum on the Biden presidency and Trump’s plans for a comeback. 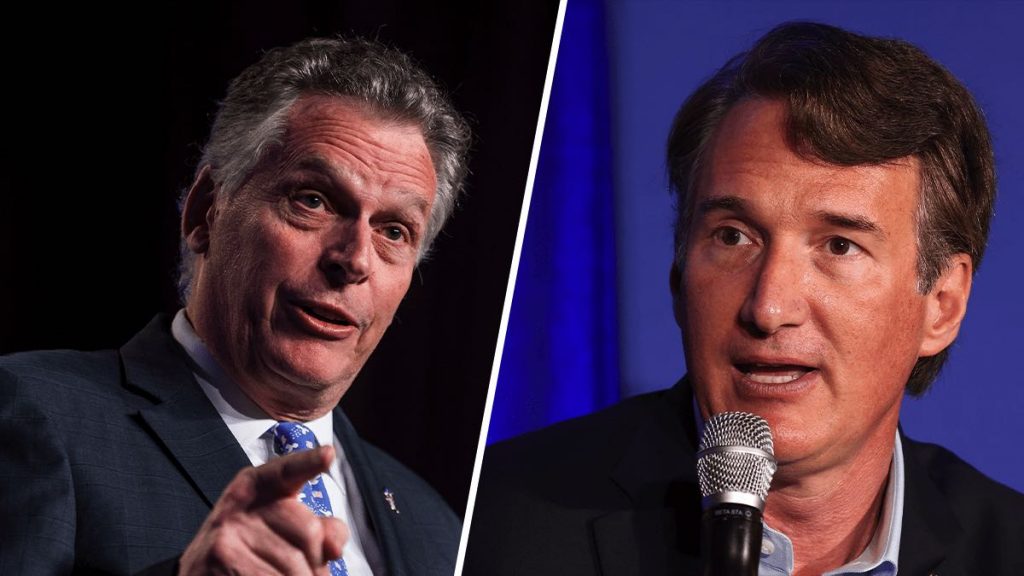 The first major elections of the Biden era are looming. On Tuesday, local and statewide elections are being held across the United States, with the most high-profile race being the race for Governor of Virginia. This race, which always takes place the year after the presidential election, is often seen as a referendum on the party that is in power. Ralph Northam’s victory over Ed Gillepse in 2017 was one of the first signs of a Democratic rebound after the disastrous 2016 election and began to spell trouble for the Republicans.

This year’s Virginia gubernatorial race is occurring during a highly complex moment for Biden and the Democrats. Biden’s honeymoon period appears to be over, with falling poll numbers and struggles to get his agenda through Congress. The Democrats badly need a win in Virginia to continue the political momentum they’ve been accruing since the last Virginia race in 2017. To add to that, the Democratic candidate for governor is lifelong Democratic Party establishment member Terry McAuliffe.

McAuliffe ran both of the Clintons’ presidential campaigns, chaired the Democratic National Committee for four years, and has already been the governor of Virginia. McAuliffe is, for all intents and purposes, the figurehead of the Democratic establishment. As we’ve written before, the Democratic Establishment is currently reigning victorious, having successfully brought the party’s progressive wing to heel. However, that control is fragile and the establishment will need to continue their winning streak in order to hold onto it, especially as progressives pick up more electoral victories and the right wing of the party dominates the legislative agenda. The establishment — which represents the party’s center-right — needs to continue to demonstrate that they can win elections or they will likely face some internal power struggles.

In contrast to his Republican opponent Glenn Youngkin, McAuliffe is trying to position himself as a friend to the marginalized. But his record is full of betrayals. Just recently he flip flopped on ending qualified immunity, eventually deciding to keep it. He was also the chair of the Democratic Party during the period where they were not supporting gay marriage, and worked for Bill Clinton before, during, and after the racist crime bill.

In addition, McAuliffe is almost a cartoon of a capitalist politician, telling the New York Times in 1999, “I’ve met all of my business contacts through politics.” That same article features McAuliffe talking openly and proudly about how he uses his position in politics to profit himself and his position in business to support the government. He is the human embodiment of the forces of neoliberalism that have decimated the working class across the world. He is no friend to working or oppressed people.

The Republicans, on the other hand, need to reverse their trajectory — which has been steadily trending downwards since 2017 — and begin to plot a way forward post-Trump. However, this is easier said than done. The divisions within the party that Trump capitalized on, represented, and deepened haven’t gone anywhere — and neither, for that matter, has Trump. While the Republican Party establishment initially wanted to wash their hands and be done with Trump, his base, and his politics, Trump and his base aren’t going anywhere. In the final days of the Trump administration, he opened a full internal civil war in the party, actively attacking both the party itself and its high-profile representatives. In the months since then, Trump has attacked Colin Powell and the Iraq war, told his followers not to vote unless the “election fraud” is resolved, and (perhaps correctly) said that his supporters will determine the outcome of the Virginia gubernatorial race. The depth of the crisis of the Republican Party will be meaningfully impacted by whether or not they are able to win (and thus a positive news cycle) the Virginia race on Tuesday.

Glenn Youngkin, the Republican candidate, is trying to play both sides of the divisions within the Republican party. On the one hand, he has openly embraced Trump’s endorsement, refused to acknowledge during the primary that Biden won the election, and — as a private businessman who largely self-funded his primary campaign — like Trump, is framing himself as an outsider and a challenger to the establishment. However, he also is holding Trumpism at arms length. He hasn’t campaigned with Trump (though he has campaigned with Pence), has skipped multiple Trumpist events, and he has since confirmed that he would have voted to certify Biden’s election. Youngkin even said to Axios: “I brought together Forever-Trumpers and Never-Trumpers, sitting in the same audience, excited about what we’re doing.”

Politically, one of the key fights in the race has been a continuation of the “culture politics” that Trump weaponized to win the presidency. Put differently, Youngkin is explicitly running against critical race theory, trans students, and other progressive developments in the field of education. Politico went so far as to argue that Youngkin has “hung his campaign on education,” calling for Diversity, Equity, and Inclusion (DEI) practices to be rolled back, including protections for trans students.

School boards have also become a major part of this race, with specific discussions around what books are being read under new DEI policies, gender inclusive bathrooms, and critical race theory being key points of tension. This has been escalated by Youngkin, Fox News, Trump, and, recently, white parents disrupting school board meetings in opposition to more inclusive education.

You might be interested in: The New Culture Wars: Republicans Attack Trans Children to Prop Up Their Electoral Hopes

Youngkin has capitalized on these fights to present himself as the anti-DEI candidate who wants to stop all these crazy liberal ideas like reading diverse books and protecting trans students. One of his slogans is “parents matter,” and one of his main lines is that parents don’t have enough of a voice in public education. In the Virginian context, this slogan is a direct appeal to the right-wing reactionary parents disrupting school board meetings.

Concerningly, this strategy appears to be working. Youngkin has been picking up steam and is currently locked in a dead heat with McAuliffe. Independents are flocking to Youngkin and he’s even winning around 9 percent of Biden voters — while keeping 99 percent of Trump voters. Add to this the fact that McAuliffe’s strategy is to rely heavily on surrogates like Barack Obama and Joe Biden, and it’s easy to see how Youngkin has been able to frame the election as a fight against the establishment.

Heading into Tuesday, the race is still very much anyone’s to win. McAuliffe is relying on goodwill for the Democrats, badwill towards Trump (he has worked hard to frame Youngkin as a dyed-in-the-wool Trumpist), and the overall shift in Virginia towards the Democrats to pull out a win. For his part, Youngkin is hoping to win by focusing on culture war issues and running against the establishment. The outcome of this race will give everyone a sense of the current political balance in Virginia and begin a political narrative that stretches into the 2022 midterms.

However, the most important lessons that this race should teach us are the level of attack that marginalized groups are going to face in the coming period — as shown in the vile anti-trans laws and the draconian Texas abortion law — and the complete inadequacy of the Democrats in fighting back. Terry McAuliffe is not the defender of trans students and racially diverse teaching that we need, deserve, or want. Rather, he — like the rest of his party — is cynically using these very real concerns and fears about the reactionary sentiments of Youngkin and other Republicans to whip votes for himself and his party. Their true interests aren’t in defending marginalized youth — their true interests are in gaining and keeping power. They want to sell us the lie that voting and elections can defeat the Right, and we have seen over and over that that simply isn’t true.

Rather, to defend against attacks from the Right, we need a mass movement of workers and the oppressed in the streets and in our workplaces fighting to protect the oppressed. We need teachers to demand that their unions mobilize to defend trans students, we need to organize strikes and work stoppages to protest all attacks against us. We need mass mobilizations in the streets demanding that inclusive education be protected. The teachers’ unions should run a national campaign around protecting students and teachers, and ensuring inclusive curricula.

But the Democrats aren’t doing or calling for any of that — they are telling people to just go vote. This is because all they care about is winning and maintaining power. And they are more than willing to weaponize right-wing attacks to do so.

We can and must do better. Neither Youngkin nor McAuliffe, but a movement of workers and oppressed peoplemovement to protect education and students.