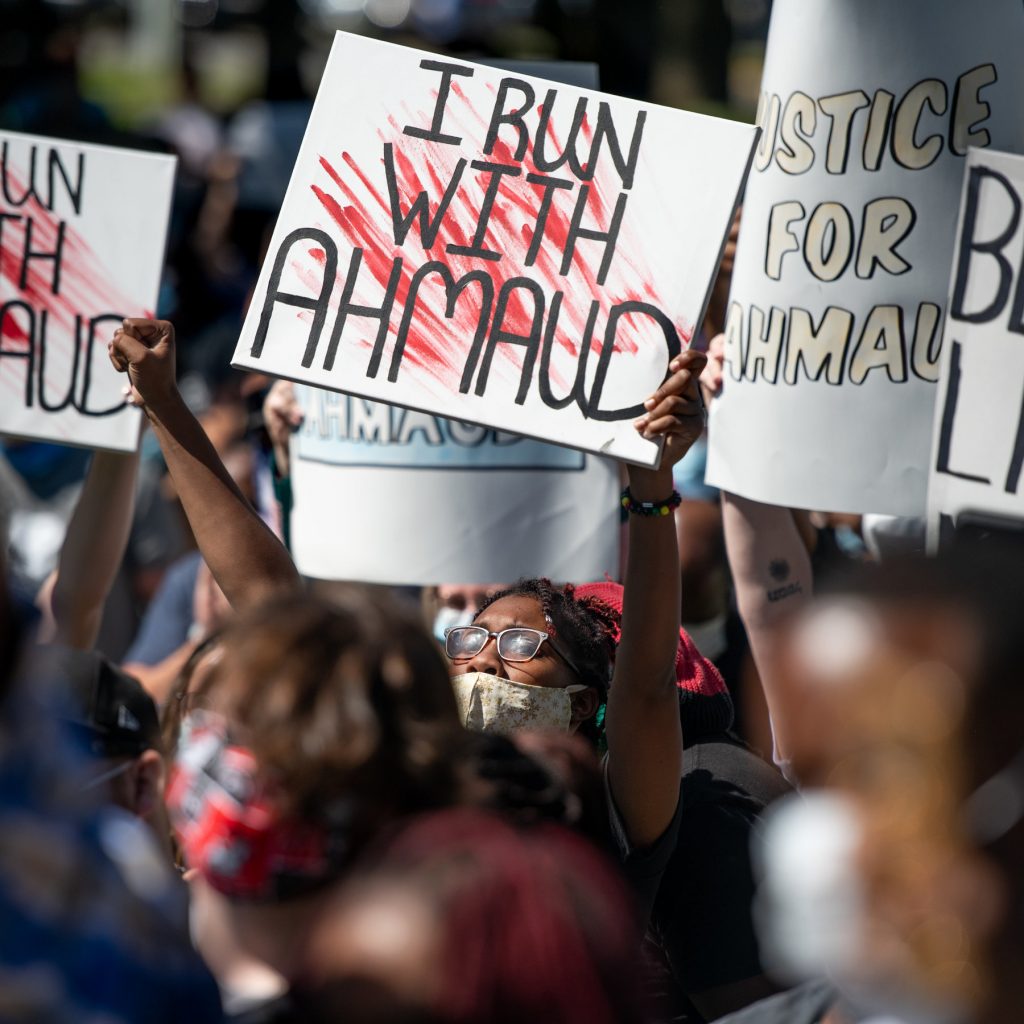 For many, the guilty verdict in the Ahmaud Arbery murder trial is welcome news, especially in the aftermath of Kyle Rittenhouse’s acquittal. For the capitalist politicians and their minions within the social movement and non-profit circles, this will be held up as an example of capitalism’s capacity to dispense justice, and why faith in the system should be “restored.”

Yet, for many who are still raw from the Rittenhouse verdict, this explanation leaves a lot to be desired. Many within the movement will wrestle with the mixed results of “justice” in the courts, and attempt to find the magical ingredient to getting it, like having a better judge, or better legal arguments in court. But that’s not it — the magical ingredient to winning real justice is class struggle, which is why Arbery’s case was even prosecuted in the first place.

The BLM movement and its supporters must understand that justice under capitalism is a see-saw and fleeting experience that is directly correlated to the balance of power between the capitalists, the working class, and the mass oppressed. Last year’s historic mobilization shifted consciousness about the police and, in important but limited ways, the entire system of capitalism, weakening the position of the state to simply dispense injustice as it normally does. However, the state, which Marx and Engels described as “…a committee for managing the common affairs of the whole bourgeoisie,” attempts to keep “peace” while maintaining the racist rule of the capitalists.

Ahmaud Abery’s case wouldn’t even exists but for the BLM movement mobilizing to get justice for him, heightened by the national mobilizations in response to the murder of George Floyd and Breonna Taylor. In fact, it took 74 days after his racist and senseless murder for the perpetrators to be arrested. The decision, and the way the trial proceeded, which avoided all of the craziness of the Kyle Rittenhouse trial, is the result of the power of the movement.

If the movement could force justice in the case of Ahmaud Arbery, why couldn’t it do the same for victims of Kyle Rittenhouse? The movement has its limits, which is also expressed in most of the demands of the movement not being met. This is evident in the fact that police funding has increased under both Democrats and Republicans, voting rights are being taken away, and even laws that attack the right to protest are being passed across the United States.

There are a couple of factors that contribute to this. For one, the movement is largely demobilized — though not dead — as a result of the successful co-optation and demobilization of most of its forces by the Democratic Party. Large sectors of the movement were convinced to put their efforts behind Democratic Party politicians (either nationally, locally, or both), or “policy” initiatives, like the ones in Minneapolis. The sectors of the movement that tried to stay mobilized were met with state violence and repression. Those who have attempted to stay mobilized have also had difficulties putting forward an organizational and politically independent alternative to the Democratic Party and its agents in the social movement and non-profit sector.

A major weakness of the movement has been the absence of working-class actions to shut down production and strike against police terror. The revolutionary power of the working class is based on its ability to halt production and the critical functioning of the economy, a powerful tool kept at bay by union bureaucrats who seek to maintain their relationship to management and their limited benefits bestowed upon them by the capitalists.

The state could let a competent prosecution take place for Arbery’s killers — Greg McMichael, son Travis McMichael and neighbor William “Roddie” Bryan — in a way that it was not prepared to do against Kyle Rittenhouse. Why? Ultimately, the state, including its court system, is committed to the rule of the capitalists, and is prepared to do whatever it takes to maintain that rule. Rittenhouse was seen by the Trumpian right wing as a “volunteer” helping to defend private property and capitalists rule against an uprising against a police shooting of a Black man, Jacob Blake. This is why his case became a cause celebre of the right wing. We can safely speculate that Judge Schroeder felt the same way, going so far as denying the prosecution’s use of the word “victim” to describe the people who Rittenhouse injured and killed — Joseph Rosenbaum, Anthony Huber, and Gaige Grosskreutz — but allowing the defense to describe them as “looters” and “arsonist.”

The Kyle Rittenhouse verdict should radicalize us, but so should the verdict of the Abery case. We should be tired of the see-saw of injustice, and fight to abolish the racist, capitalist system as a whole.