Alexandria Ocasio-Cortez is known around the world as a socialist in the U.S. Congress. Yet she has disappointed supporters on the Left by voting to fund ICE and the Israeli war machine. Are all elected officials going to betray us? We compare AOC’s record to that of Myriam Bregman, the socialist congressmember from Argentina. 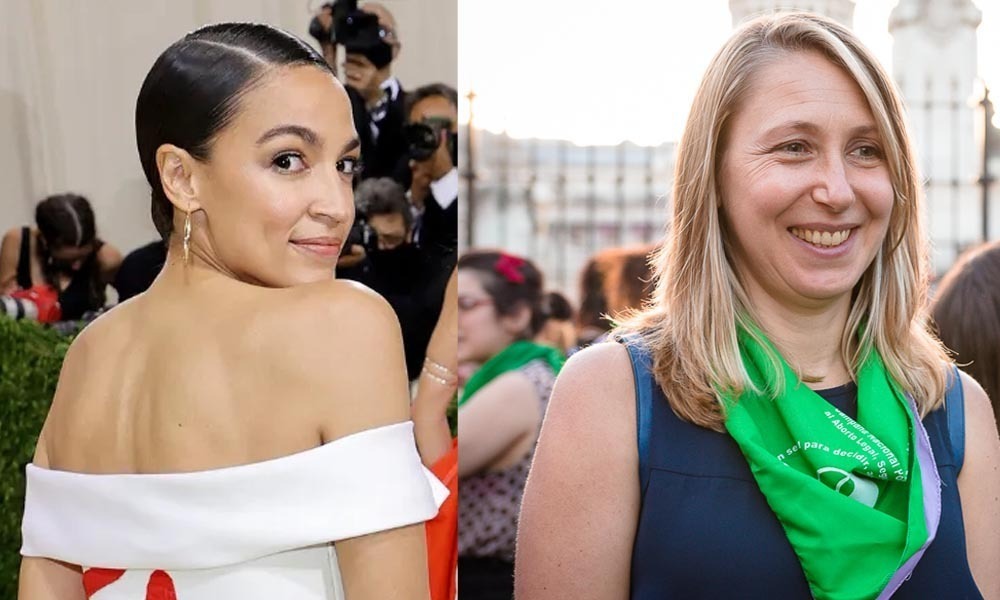 Fox News and Donald Trump absolutely hate Alexandria Ocasio-Cortez — yet she is not as radical as they seem to think she is. AOC’s voting record has disappointed supporters on the Left. Some might think that any socialist elected to Congress is bound to betray their left-wing promises.

But wait! On the opposite end of the American double continent, a socialist congressperson in Argentina is also making waves. Myriam Bregman is a representative of the Workers Left Front — Unity (FIT-U), and she is currently running for a seat in the national congress for the City of Buenos Aires.

How do AOC and Bregman compare in ten political categories?

Spoiler alert: AOC disappoints. However, this isn’t about AOC as an individual. It is about her political project of working within the Democratic Party to win reforms. Bregman in Argentina is part of a radically different project — a revolutionary socialist force that aims to topple capitalism. So the real question is: how do these two opposing strategies compare?

As a member of Congress, AOC earns US$174,000 per year. She is not a millionaire, as some right-wing critics have claimed, but like any politician in the U.S. Congress, she enjoys an extremely comfortable lifestyle.

When the U.S. Congress voted on $1 billion to fund the Israeli war machine, on top of billions of dollars in military aid every year, AOC could have voted “no.” Instead, she voted “present.” She had called Israel an “apartheid state” — and yet didn’t want to get in the way of supporting the occupation regime.

Bregman, in contrast, has been steadfast in her support of the Palestinian struggle for liberation. As a result, right-wing forces have accused her of antisemitism — a common slander against anyone who is critical of the Israeli government.

There is a certain irony to this, as Bregman is also among Argentina’s most prominent politicians of Jewish origin. Right-wing politicians have also carried out antisemitic attacks against her. She responded, “The ruling classes have done this many times: using antisemitism to distract from who are the real enemies,” of working people.

AOC voted to give $1.5 trillion to the U.S. military as part of a two-year budget resolution. The military uses this money to enact violence and destruction around the world.

Bregman, like all the other representatives of the FIT-U, sticks to socialist principles: “not one man and not one cent to militarism!” This means always voting against the budget for the capitalist government. As a human rights lawyer, Bregman took a leading role in pressing charges against military officers for their crimes against humanity during the dictatorship.

AOC has voted to fund ICE. This allows a Gestapo-like police force to terrorize immigrants. Back when Trump was in office, AOC used to criticize the concentration camps for immigrant children. Now, with Biden in the White House, AOC has said that kids need to be put in cages.

Bregman defends the old-school socialist call for open borders. This is not about words, either: Bregman joins protests by immigrant workers against racist police, for living wages, and for decent housing.

AOC gave tacit support to the coup attempts in Venezuela. While Trump was hatching plots to remove the Venezuelan government, AOC refused to condemn these imperialist machinations, instead saying she would “defer to caucus leadership” — i.e. support the Democratic Party, which also supported the coup plans. She similarly met with supporters of the coup government in Bolivia.

Bregman gave support to the mass uprisings in Ecuador and Chile against pro-imperialist governments. Bregman’s party never gave political support to the governments of Nicolás Maduro or Hugo Chávez, but was even more forceful in condemning any international interference in Latin America. This was not limited to words: socialist politicians spoke at rallies and were in the front lines of solidarity demonstrations at the U.S. embassy.

AOC famously went to the Met Gala to rub elbows with billionaires. As if this would make it any less despicable, her dress featured the tepid reformist slogan: “Tax the Rich.” When criticized for her choice of affiliation, AOC tried to paint herself as a victim of sexism.

According to rumors, AOC is planning a run for the Senate — that is one explanation for why she chose to betray the Palestinian cause. Capitalist politicians make a career out of serving in Congress, and most of them become very wealthy in the process.

Bregman had a seat in the national Congress for 1.5 years. Then she resigned to make way for other representatives of the Workers Left Front — all the FIT-U’s representatives rotate like this. She then spent four years as a legislator in the City of Buenos Aires.

AOC does photo ops with the NYPD — the same police force that beats and murders AOC’s voters.

Bregman, as a revolutionary socialist, is a relentless opponent of police and their so-called “unions.” She calls for workers’ self-defense and the abolition of the police.

AOC is formally a member of the Democratic Socialists of America (DSA). But does that mean anything? The DSA has zero influence over how she votes. Any  “accountability” is limited to an AOC staffer calling people in Queens once a month. AOC does not represent her socialist base — instead, she represents the Democratic wing of the U.S. capitalist class.

Bregman is a leading member of the Party of Socialist Workers (PTS) which is part of the Workers Left Front — Unity (FIT-U). She has worked for decades to build up a revolutionary socialist organization with deep roots in workplaces, schools and universities, and neighborhoods. Bregman’s votes are not based on her whims — they represent the organization that put her in office.

Comparing AOC vs. Bregman in ten categories, the result is… 10 to 0 for Bregman.