This Sunday, LGBTQ+ people and their allies will take to the streets for the second annual Queer Liberation March in honor of the anniversary of the Stonewall Riots and in opposition to the NYPD and all violence against LGBTQ+ people. This year’s march has been explicitly dedicated to Black LGBTQ+ people and demands that a minimum of a $1 billion be diverted from the NYPD to community services. 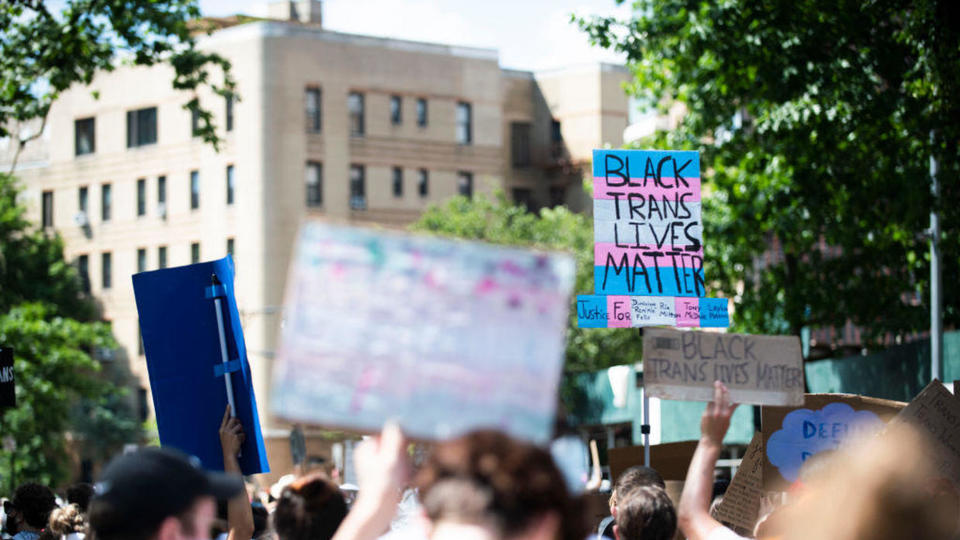 On Sunday, June 28, the Reclaim Pride Coalition will host the second annual Queer Liberation March in New York City. Marchers will set off from Foley Square at 1:00 pm, and the event will also be livestreamed. This year’s march has been explicitly dedicated to Black LGBTQ+ people  in solidarity with the many other anti-racist protests that have flooded the United States every day for the past month.

The Queer Liberation March originated last year during New York City’s 50th Anniversary World Pride event and is estimated to have drawn around 45,000 participants. The Queer Liberation March (QLM)  is organized as an alternative to the “official” parade sponsored by the city and called for getting cops out of Pride and rejecting “rainbow capitalism,” the tendency for businesses to use support for LGBTQ+ rights as a cheap marketing technique to attract queer customers and convey a socially responsible image despite their exploitation of workers. This year, the March’s specific demand is to defund the NYPD by 50% and reinvest that money in community services such as education and public health.

In addition to this year’s specific goals, the Reclaim Pride Coalition’s “Why We March” statement also proclaims that they “March against domestic and global neoliberalism and the ascendance of the far right, against poverty and economic inequality, against U.S. military aggression, and against the threat that is climate change,” affirm that healthcare is a human right, especially for people with HIV/AIDS. The Coalition recognizes that in addition to homophobia, biphobia, and transphobia, “racism, sexism, xenophobia, bigotry based on religious affiliation, classism, ableism, audism, ageism, all other forms of oppression, and the violence that accompanies them in the U.S. and globally” are all threats that disproportionately affect the LGBTQ+ community.

While the city’s “official” Pride parade line up is determined by an application process, forcing most LGBTQ+ people are forced to watch from behind police barricades, the Queer Liberation March is open to all who come to participate. Because the annual parade has been cancelled this year due to Covid-19, the Queer Liberation March– the people’s Pride celebration — will be the only large-scale Pride event in New York City this year.

Left Voice members will be marching and livestreaming– you can join us from home via Facebook or Instagram. We also invite you to submit articles, drawings, or other creations as part of our Call for Pride Month Contributions.