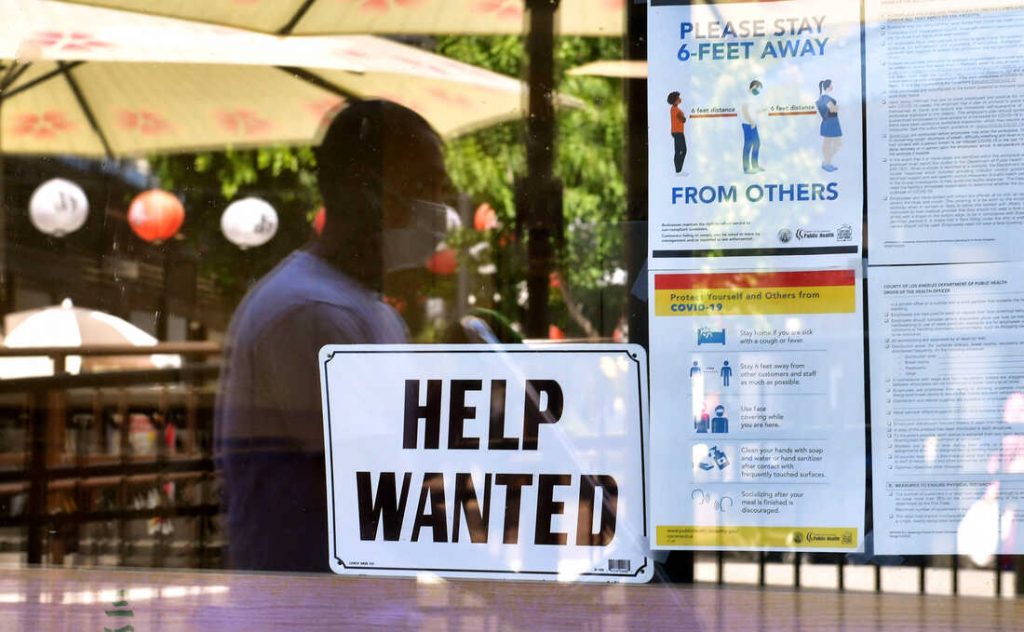 The latest figures out on Monday from the U.S. Bureau of Labor Statistics (BLS) show yet another increase in the number of U.S. workers who are choosing to leave their jobs. Part of an ongoing trend of resignations that have been steadily increasing for months, the BLS is reporting that more than 4.5 million people quit their jobs in November. This number, astonishing as it is, is about 100,000 more than the previous record set in September, which was itself the highest number of resignations since the BLS started keeping records.

Such resignations are increasing across every sector of the workforce, but the biggest portion is happening in the food services, retail, and hospitality sectors, where pay and benefits are the lowest, and where working conditions in many cases remain unsafe. But they are not alone. Truck drivers and other transportation workers across the country are quitting en masse, threatening already weakened supply chains. And healthcare workers have also been leaving in record numbers. Overall, almost 20 percent of healthcare workers, some suffering from PTSD, have quit their jobs since the pandemic began, largely due to burnout, low staffing levels, increased workloads, and dangerous working conditions.

While much of the bourgeois media has interpreted the great resignation as a sign of a healthy economy, painting a relatively rosy picture of greener pastures, early retirements, and increasing levels of entrepreneurial zeal, the fact is that for the majority of working people, these resignations are not so much a conscious attempt to live a better life, as they are acts of survival, frustration, and desperation. Yes, many workers are looking for more rewarding work, and yes, after months of working from home, some people are unwilling to go back to the daily commute and are choosing instead to find ways to continue to work from home. Other more privileged workers are reevaluating their career choices, retiring, or taking time off, but the notion that the great resignation is a great “rethink” about work, as the New York Times put it, ignores the economic realities faced by most working people, many of whom cannot afford to lose even a month’s pay, and have had to make impossible choices during the pandemic.

And this has been especially difficult for parents of young children. As Moira Donegan explains in The Guardian, the great resignation is not being driven by earnest reassessments of priorities, but in large part by an abysmal lack of childcare options for parents in the United States. Unsurprisingly, this has hit working women the hardest. The labor participation rate for women, for instance, has fallen by two percent since the pandemic began. This decline is two times that of men, and is the lowest participation rate for women since 1987. The participation rate for women with children is even lower, and has declined by four percent. The reasons for this are clear. When schools closed, many parents, particularly mothers, were forced to remain home with their children. Those who were required to work in person quit, while many of those who worked  from  home found it impossible to manage both children and work at the same time. Many of these women have permanently left the workforce, and are no longer included in official unemployment numbers, which remain artificially low.

As the pandemic has dragged on, so has uncertainty about further school closings, contracting Covid-19 (especially during the Delta surge), lack of available sick leave, etc. And for those parents that rely on private childcare, the situation is even worse. According to research published in the American Sociological Association’s open access journal Socius, it’s likely that a third of U.S. childcare centers have permanently closed due to the pandemic; and finding affordable childcare has never been more difficult. Since most states do not offer any free childcare or public pre-K options, more and more women have been forced to leave the workforce, especially those in low paying retail jobs, which often pay barely enough to cover the costs of most childcare to begin with — a problem that has plagued working families for decades.

Meanwhile, workers are also having to make hard decisions about trading their psychological or physical well being for a wage. Many low-paid employees, particularly in the service industry, are voluntarily choosing to leave their jobs for a number of reasons, but in most cases, they are leaving jobs they hate, which have become even worse during the pandemic. While the backlash against terrible jobs has been going on for a long time, the pandemic seems to have exacerbated and brought to a boil long-held grievances about the nature of low-paid work in the United States. Abusive bosses, rigid and inflexible schedules that make no allowances for family, sickness, or school; angry customers, increasing workloads due to missing staff, and terrible pay have all contributed to the mass resignation we are witnessing now. Add to this the threat of serious illness or death due to Covid-19, and it’s no surprise that masses of workers are walking away to save themselves.

The media, in their turn, have made much ado about the “labor shortage” and rising wages, but in general these wages have not kept pace with inflation, and even in the industries that have seen the greatest wage gains this year, pay remains abysmally low, and many workers that have quit in order to find better pay are finding, to their chagrin, that higher wages do not always mean more respect or better working conditions. At the same time, although the number of new jobs is rising, there are still 17 percent fewer available jobs now than there were before the pandemic began.

Of course, not all is doom and gloom, even if it often feels that way. The rapid economic recovery and the increasing demand for new workers has given labor a fair amount of leverage. The surge of high-profile strikes we witnessed in October and November are evidence that the labor movement is acting to take advantage of the situation in order to make gains and address old grievances like forced overtime, and the proliferation of two-tier wage practices. But without new union organizing efforts and mass movements to fight for higher wages and better working conditions, these gains will be transitory.

As these resignations show, there is a real dispute developing between working people fed up with decades of neoliberalism, and the capitalist class, which has been doing everything in its power to keep the economy open, guarantee their profits, and increase productivity, regardless of the consequences. In order to win this struggle working people and their unions will have to turn away from their bureaucratic leaderships and the Democratic Party, and learn again how to use the power of their labor to collectively shut down production.

By bringing together unions, the non-unionized, and the unemployed, we can fight for a workers’ emergency program that addresses the needs of all working people. By demanding that all available work be divided among all workers with no loss of pay; by putting forward radical demands, such as massive public works, a sliding scale of wages fixed to inflation, free universal pre-K and 24-hour childcare, nationalization of healthcare, the pharmaceutical industry, higher education, the energy sector, and the heights of the economy, we can radically alter the balance of forces between working people and the exploiting class.