I Was Right Not to Vote for Biden

A Left Voice editor reflects on her own decision not to vote for Joe Biden, particularly in light of the Kyle Rittenhouse verdict and the COP26 climate conference. 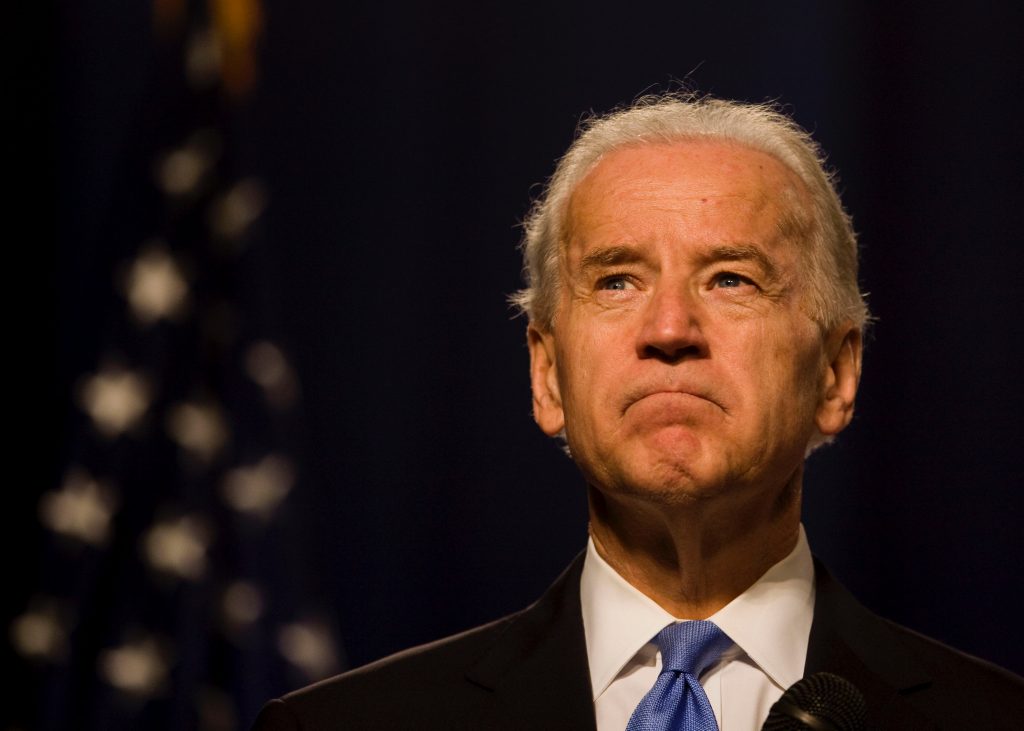 Last fall, I wrote an op-ed explaining why I didn’t vote for Joe Biden. During the time of the 2020 election, this was considered controversial, including by many on the Left. Even socialists who have previously refused to support the Democratic Party argued it was important to vote for Biden as a form of damage control against Trump. Just over a year later and more than 300 days into his presidency, I am writing again — because I’ve been proven entirely correct, and more and more people are realizing that Biden’s promises were never going to be fulfilled.

Biden is a bad candidate even by progressive standards. He doesn’t support Medicare for All. He is pro-fracking and refuses to commit to even the minimal reforms of the Green New Deal. As part of the Obama administration, he supported record-high detainments and deportations of immigrants who were already within the United States. He masterminded Plan Columbia, which has been described as the Central American equivalent of the 1994 Crime Bill (i.e. incredibly damaging). He supports the police, Zionism, and bombing people in the Middle East. And he is an accused sexual assaulter.

With the benefit of hindsight, we can see that Biden failed to live up to even the most minimal standards on these issues. For instance, he still doesn’t support Medicare for All, and he didn’t even include a public option in the spending plan he proposed to Congress.

While Biden promised to be a “green” President and now claims that climate change is an existential threat to humanity, his presidency continues climate destruction. Food and Water Watch is keeping a comprehensive record of Biden’s statements on fossil fuels and other climate-related issues, and the evidence is damning. Among the dozens of examples in the record: in July, the Associated Press found that Biden was approving just as many new permits for oil and gas drilling on public lands as President Trump did, and the original infrastructure plan would have given $25 billion in subsidies to fossil fuel companies.

Want to discuss Biden’s first year?  Join our online event to discuss these ideas and more on Saturday, January 22, at 3pm.

Immigrant detainments are rapidly rising under Biden, including the imprisonment of thousands of children. He’s also deported far more migrants using Title 42 than Trump ever did and signed bills to give increased funding and protections to police and ICE agents earlier this week.

In August, Biden committed to an “unshakable partnership” between the U.S. and Israel, and the Democrats are on track to approve $1 billion in new funding for Israel’s missile defense system, even after Israel killed hundreds of Palestinians and leveled tens of thousands of homes in May. He also continued to bomb Afghanistan even after promising a full military withdrawal.

And his actions on climate change, well beyond his support for fracking, are inadequate at every turn. The COP26 conference essentially gave up on the prospect of limiting global warming to 1.5 degrees Celsius, with proposals falling “spectacularly short” of what is needed. Jean Su, director of the Center for Biological Diversity’s Energy Justice program, said that to keep warming under the 1.5 degree threshold, the U.S. must “cut domestic emissions by at least 70 percent by 2030.” That’s only nine years from now. Yet Biden is continuing full speed ahead on “solutions” like carbon capture and continuing to fund fossil fuel production. Even mainstream media like The Guardian is admitting that Biden is failing to set any sort of positive example.

But despite Biden’s declining approval ratings, including among Democrats, people remain demobilized. I am writing this the same day Kyle Rittenhouse, who killed two protesters in Kenosha, Wisconsin, was found not guilty of all charges. When journalists asked for Joe Biden’s response to the verdict, all he had to say was, “I stand by what the jury concluded. The jury system works, and we have to abide by it.” But the jury system does not work, especially in cases of white supremacist violence. Just ask Emmett Till, or any ninth grader reading To Kill a Mockingbird.

Biden uses the term “systemic racism,” but his position within that very system means he must either openly accept racism, which is politically untenable, or frame any racism that exists today as simply residual, leftover from previous centuries. As President of the United States, he cannot criticize the foundations of the American judicial system, no matter his personal feelings on the trial.

As I said in my previous piece:

For those who say: “I’m going to vote for Biden on November 3 and start protesting him on November 4” — I believe some people will 100% follow through on this (in principle if not literally). But I also believe a lot of people won’t; they will want to wait until after the inauguration to see what Biden does, and then wait a little longer to give him a chance to actually accomplish his goals. Then it will be the 2022 midterms, and then the 2024 election will be just around the corner. There’s always a reason to wait and see, always a reason why this or that election is an exception, and that is how movements stagnate and die. Momentum from the summer is already dissipating, as the Democratic party co-opts the protests into electoral activism; we can’t afford to wait even longer while people are unemployed en masse, coronavirus continues to spread, police violence continues, people are getting evicted, etc. After all, enhanced unemployment benefits expired in July, and there has still been only minimal additional relief.

Protests after Kyle Rittenhouse was acquitted were limited, and the abortion rights movement has been all but invisible, despite the serious new laws in Texas and Mississippi, the latter of which is expected to ultimately overturn Roe v. Wade. Because Biden lacks Trump’s chaotic and bombastic personality and has a different party written next to his name, he is able to continue many of the very same policies as Trump without anywhere near the same level of criticism. Despite growing dissatisfaction, people are willing to wait until the midterms in hopes of voting their troubles away, instead of taking to the streets. But people are still getting evicted. And still dying from coronavirus. And still being murdered by the police.

The question of “Biden or Trump?” was a false one. A Biden presidency or a Trump presidency were the only outcomes of the 2020 election, but they were not the only choices. When I filled out my ballot, I chose to say “None of the above.” Then and now, I choose to say, “This is unacceptable.” 2030 is not far away. Many of today’s children will still be children when the deadline to prevent 1.5 degrees of global warming comes. There is no time for political equivocating, and Joe Biden — because he is part of the Democratic Party, which is beholden to the capitalist class — will never take the action that is needed. Only a revolutionary socialist party of the working class with an unwavering commitment to class independence and fighting to end the capitalist system — to doing what is right no matter what the capitalists want — can do that.